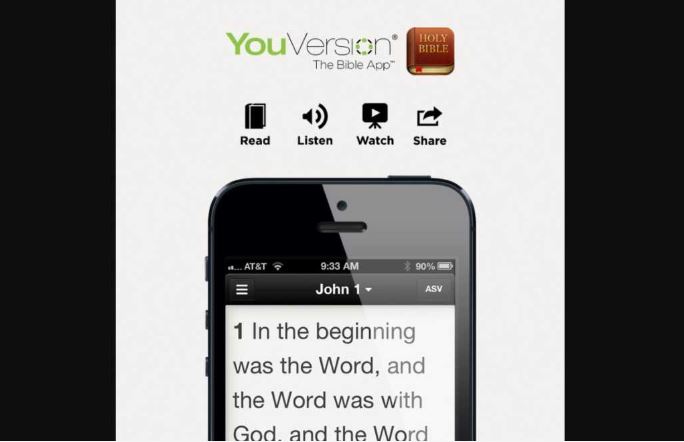 On the occasion of its 10th anniversary, the founders of the Bible app “YouVersion” announced that their smartphone app had been downloaded some 330 million times.

“We could never have predicted the results we have seen as millions of people around the world have read, listened to, shared and interacted with the Bible and each other in new ways,” said Bobby Gruenewald, pastor of Life .Church and founder of YouVersion. of the milestone.

“Very early on, we found that closeness helped us engage with the Bible. As soon as I had access to the Bible on the phone which is always in my pocket, my connection with it naturally became more frequent, ”he said.

SUBSCRIBE to Faithwire for stories of FAITH and INSPIRATION, Faithwire… it’s free!

Ten years ago, the Bible was only available in 15 languages. Today, the app offers versions in over 1,200 languages.

In a video posted to mark the 10th anniversary, Gruenewald spoke of the monumental moment when his app was featured on the first version of Apple’s “App Store”.

“Our church launched YouVersion as a website in 2007. But it didn’t work out as we had hoped. But we realized that if we put it on our smartphones, it would really change the way we engage with the Bible, ”he explained.

“Around the same time, Apple announced that they were going to help develop apps for the iPhone and create this thing called the App Store. We thought, what if the Bible could be among the very first group of apps in the App Store, ”said Gruenewald. “We created an app, submitted it to Apple, and on July 10, 2008, Apple launched the App Store and the YouVersion Bible app was among the first 200 apps available that day.

The founders didn’t know what to expect. In fact, since its launch, the app has been a huge success.

“In the first weekend, we saw 83,000 people install this app,” said Gruenewald. “It upset us. When we see God moving, and we see a momentum like that, we like to put it all behind him. Over the following years, we saw a coalition of partners form.

Thanks to the vital partnership of various Bible translation services, YouVersion is on track to translate the Bible into all languages ​​of the world.