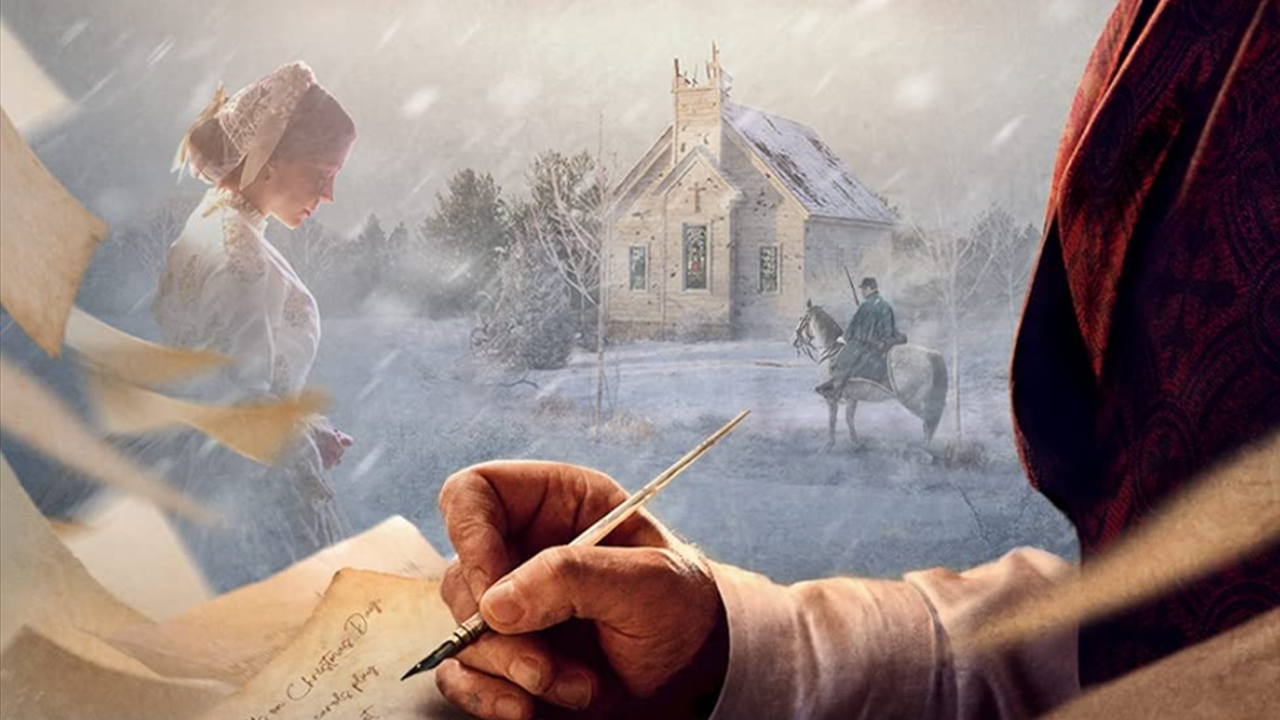 “We do it first and foremost for the Lord”

Sight & Sound Get ready for your movie debut with I HEARD THE BELLS: “We do it first and foremost for the Lord”

By the Movieguide® team

Sight & Sound Theaters is known for inspiring and faith-filled productions like ESTHER and DAVID.

Recently, Movieguide® spoke with Katie Miller, Director of Marketing and Communications at Sight & Sound, about their film debut and what to expect for audiences in the future.

“We are excited to take the next step in Sight & Sound’s history and venture into feature film production,” she said. “With our very first one hitting theaters in December, we are so excited to have the opportunity to go beyond Bible stories. On stage…Bible stories are where the Bible comes to life. But Sight & Sound Films will tell true stories of historical figures who changed the world because Christ changed them first.

According to Miller, I HEARD THE BELLS will highlight the life of American poet and author Henry Wadsworth Longfellow.

“We are so thrilled to be able to tell so many of these stories that have been waiting to be told,” she said. “Our very first is I HEARD THE BELLS, coming to theaters and it tells the story of the Christmas Carol and how it was written by Henry Wadsworth Longfellow, who experienced several tragedies throughout his life which led him down a path of losing faith. It is truly the story of his faith rekindled on Christmas Eve through a set of circumstances that inspire him to write the poem “I Heard the Bells on Christmas day”.

Although Sight & Sound Films focuses on stories outside of the Bible, Miller said each production begins and ends with their hope for the gospel to be proclaimed through the media.

“It all goes back to the gospel,” she said. “So whether we tell Bible stories or tell other inspiring true stories, the purpose behind it all is to inspire and bring people closer in their walk with Christ. Whatever stories we tell, it will be the foundation of who we are and what we do.

“We wholeheartedly believe that Bible stories and Bible history continue to unfold today and have unfolded throughout history,” she continued. “Being able to tell some of these other historical stories that have changed the world of real lives and events in history – that we are not the same because of them – is something that we are incredibly excited to see unfold. in the future .”

Although films are new to the Sight & Sound team, Miller said their previous experience in theatrical productions and shows blended well with an on-screen format.

“One of our favorite parts of producing this first film was bringing in the Sight & Sound team and seeing their unique gifts and talents come to life in a very different way,” she said. declared. “Some of the same disciplines that are used for theater translate very, very well to film.”

“From the very beginning, we have been storytellers,” she added. “Theatre was the way we told stories, a way we told stories, and that developed over the years. We’ve gone from just one in-person theater company to streaming online [with] Television sight and sound. Now, bringing that storytelling to another feature film and theatrical platform seems like the most natural step for us, because cameras have been part of our organization and our ministry since the very beginning.

Despite their continued success and enthusiasm for the future, Miller and the Sight & Sound team are grateful for God’s faithfulness in growing their ministry.

“It’s so humbling, overwhelming and exciting to see God’s faithful hand every step of the way,” Miller said.

“At the end of the day, we do this first and foremost for the Lord, and then for those who will come and hopefully be inspired and feel connected,” she added. “The hope at the end of the day is that however they interact with Sight & Sound, it’s also part of their own faith journey, regardless of their past experience with faith.

“Because we are all in different places and the Lord walks before us and behind us, and so even having sight and sound as a small part of someone’s faith journey is in itself a truly special opportunity” , she said. said.

I HEARD THE BELLS hits theaters December 1 and runs until December 4.

Check back soon for the Movieguide® review of I HEARD THE BELLS!

DAVID is a venerable and masterful account of how David became a man after God’s heart, with stunning set design, live animals and state-of-the-art visual effects. The actors do a fantastic job of engaging viewers in the narrative of what happens on stage. The music is sincere. At the end, the name of God is lifted up. At the end of the production, none of the actors bow, but rather render honor and glory to God. Sight & Sound’s DAVID is an incredible production that expertly tells David’s story, is suitable for the whole family and upholds the faith, the Bible and the faithfulness of God.

16 best books to gift to your favorite bibliophiles