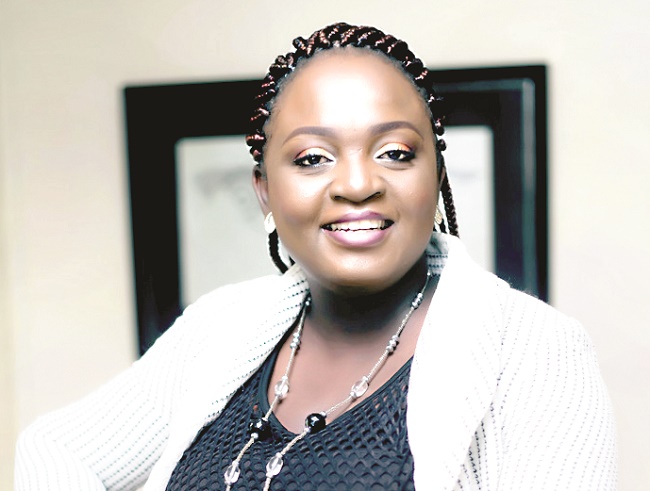 Peju Ibekwe is the Chief Executive Officer (CEO) of the Sterling One Foundation, a vehicle for social change aimed at addressing the root causes of poverty in Nigeria. She is also into the arts, having ventured into film production in Nigeria. His latest work, “The Chatroom”, is currently available for streaming and will be taken across the country on tour. She speaks with ROTIMI IGEon her journey so far and the social impact she wants her film “Chatroom” to generate.

Tell us a little about yourself and the first memories of family life.

I am my parents’ second child. My father is a retired Colonel in the Nigerian Army, while my mother is a retired teacher. I grew up living in different parts of Nigeria due to my father’s occupation and I speak a little Hausa and Igbo while Yoruba is my mother tongue. I loved the mix of culture, mannerisms and hospitality that various tribes had to offer. I have to say that even though my yoruba is quite watered down, it’s fair.

I vividly remember seeing my dad playing the lead role in one of Kaduna’s TV soap operas “Case Files” in the 80’s which might be why my love for media started . Although he quit later due to the demands of his profession, but it seems that the seed had already been sown in me. Although I didn’t understand NTA news at the time, I really loved watching Eugenia Abu on NTA because I was told that we had the same sleepy eyes. I had been looking forward to being on TV since I was young and the rest, as they say, is history.

I completed my first degree in Mass Communication at the University of Lagos, my second degree in Public and International Affairs and have been in front of and behind the camera in my journey so far. I produced and presented my own television show, which aired on both cable and terrestrial television platforms. I’ve produced and directed documentaries and now I’ve also produced a fantastic and timely film, Chatroom. Besides the media, I have had the privilege of working in the non-profit sector and in the financial services industry.

What influences have channeled your professional career?

I have to bring the God factor here. I believe my path has been ordered as it was not my original plan. I wanted to be a lawyer and an economist when I was nine and 14 respectively. I am neither today, although I usually find myself defending people in daily conversations and some close friends still think I should go back to law. However, my foray into the study of mass communication conceived by my father is what I admit to be the starting point.

I was perfectly suited because people said I had a good voice and could speak well. It informed my first job, but I had the opportunity to grow in the financial services industry afterwards, which I grabbed and met some amazing people and learned a lot.

Today, I cross paths without losing my first love, which is the media.

When did your love for the arts surface?

I think my love for the arts has never left me. In elementary school, I was a dancer and main performer for various social and cultural activities. In Sunday school, I was the actor taking on different roles at various celebrations or the one performing Bible recitals. In high school, I was social prefect, even if you could do so many things in a command high school.

During my national youth services, I produced the first ever full length documentary about Kebbi State, the land of equity and returned home with the state award after my year of service . My love for the arts has always been there.

Your film “Chatroom” is one that seeks to solve certain ills in society. Tell us what influenced the script and what social impact you want the film to have.

The script was inspired by real life events. It has various themes and one of the main ones is gender based violence. According to World Bank statistics, one in three women will be abused in her lifetime. These data were from a few years ago. Judging by the spike in gender-based violence during the pandemic and current social media issues, I personally believe that over 50% of Nigerian women have been abused. Someone I spoke to today told me she thinks it’s 90%. That’s a huge number, over 80 million. It is also regrettable that some perpetrators were also victims who did not heal. Chatroom seeks to inspire survivors to find their voice, break their silence and begin the process of healing. It’s not just a movie but a movement because everyone must achieve one so that we have a healthier society. The implications of not intentionally promoting and accelerating healing are better imagined than experienced. This is why it is important for everyone, men and women, to see the film because it concerns us all, especially our children.

How did you choose the cast for the film?

We had to audition for some actors because we needed actors who could dance due to the demands of certain roles. We also had a casting team that decided on preferred actors for specific roles when the script was ready.

Now that it’s available for streaming, what other avenues do you want to explore, so that more people see the film and embrace/embrace the message it contains?

We look forward to engaging partners for private screenings across the country as we believe film is not just a film but a movement. We intentionally have to spread the message far and wide and therefore we are looking for more partners to make this a reality.

Why is such a message important to the world at this time?

Abuse impacts the lives of survivors and, when not properly managed, can lead to mental health issues, low self-esteem, low work productivity, suicide or, in Osinachi’s case. , a murder by the assailant. When children witness these acts, they risk reproducing the horror in their lives too unconsciously. No one wants to lose loved ones to an avoidable challenge. The first step towards healing is to break the silence. We should all get into the chat room and start breaking our silence.

To support this, we have set up a virtual chat room on the film’s website, www.chatroomthemovie.com, where people can go to break their silence anonymously as a guest if they feel ashamed or scared. to reveal their identity. The virtual chat room is supported by the Nigerian Institute of Counselors and the Women at Risk International Foundation, among other partners.

What’s next after this movie?

We have two more hard-hitting, topical films in pre-production from our stables that we can’t wait to shoot and share with our viewers.

You are also a career professional. How do you reconcile your love for the arts and your daily work?

I work in one of the best places to work in Nigeria and my main organization has won this award for several years in a row. I am also married to an amazing man. Beyond these two points, I invested in a support structure to ensure that I expressed my essence.

Tell us a bit about your fashion sense.

My watchword when it comes to fashion is comfort. Also, as a career professional, I’ve been programmed (smiles) to wear a lot of corporate attire over the years but I always prioritize comfort.

Professionally, my day starts at 8am. Before eight in the morning, I take time to pray, care for my children, and review my schedule for the day to reconfirm the virtual and offline meetings I need to attend. Starting at 8am it’s usually a mix of event appearances, strategy sessions, reviewing proposals and plans and reviewing the various projects my team is running for confirm that we are on track to deliver on time and to the predefined quality. My day usually ends around 8 p.m., except for the occasional email.

When I am actively involved in a media project, my day begins with prayers as usual and is usually filled with planning the various elements of production, managing the administrative elements of the job, engaging actors and team and confirmation of their availability and the availability of equipment. to the different project requirements. The day ends when the project requirements for that day are met, which can be at any time.

YOU SHOULD NOT MISS THESE NIGERIAN TRIBUNE HEADLINES

Despite the huge investment in the water sector by the government and international organizations, water scarcity has become a permanent nightmare for the people of Abeokuta, the capital of Ogun State. This report reviews the lives and experiences of residents obtaining clean, safe and affordable water amid the surge in COVID-19 cases in the state… Women Abuse Statistics Child Abuse Statistics women

Selfies, video calls and Chinese documentaries: what you will encounter on the Lagos-Ibadan train