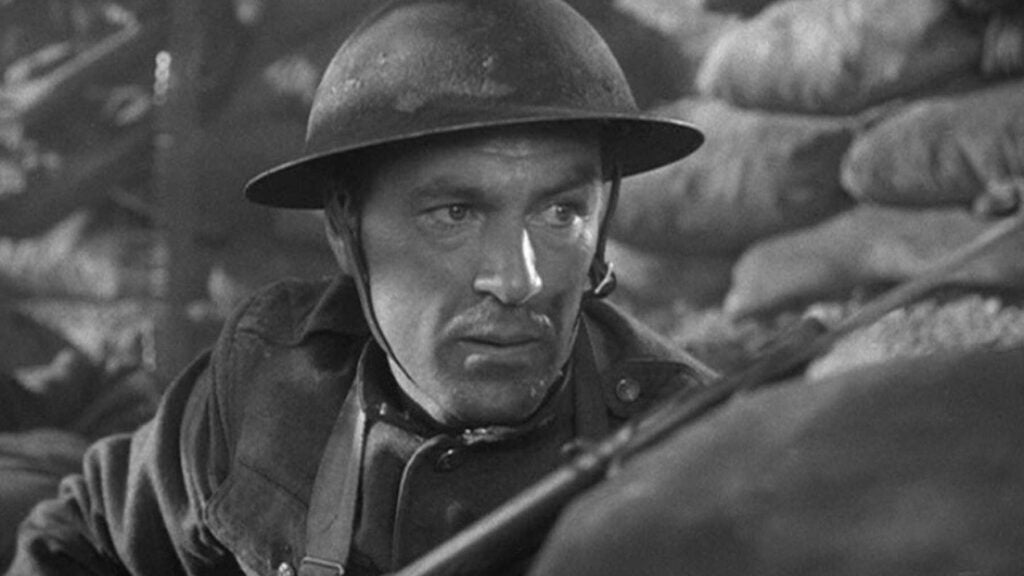 Military movies usually have an action-packed and/or dramatic ending. Some films have a timeless ending that lives on in film history, influencing subsequent generations of filmmakers with their stories and conclusions. Here is a list of the top 5 military movie endings you should know and potentially emulate.

Logline: During World War II, a rebel US Army major is assigned a dozen convicted murderers to train and lead on a mission to mass-assassinate German officers.

There’s nothing better than Lee Marvin with his right-hand man Richard Jaeckel leading a group of 12 armed, angry, and convicted military criminals against the Nazi high command being held in a castle. The tension builds to an action-packed, gore-filled ending that needs to be seen. Be on the lookout for a stress victim during the mission who should not have been part of the team.

Co-author Nunnaly Johnson served in the Army Reserve as an artillery officer in his late teens of the 20th century.

2. The Bridge over the River Kwai

Logline: British prisoners of war are forced to build a railway bridge over the River Kwai for their Japanese captors in occupied Burma, unaware that Allied forces are planning a daring commando raid through the jungle to destroy it.

David Lean’s war epic has an ending that is etched in the memory of any audience member upon viewing. The build is so easily guided by the writing, directing, cinematography, sound, music, and cast that you’ll soon forget you’re watching a movie. Towards the end, you will be so drawn into the drama that you will be surprised by the climax.

Logline: After refusing to attack an enemy position, a general accuses the soldiers of cowardice and their commander must defend them.

Kubrick directs one of his first films starring Kirk Douglas as Colonel Dax. The story covers a lot of ground, from trench warfare in World War I to a court-martial drama with Dax defending three soldiers who were court-martialed for cowardice. There are more ups and downs that Dax encounters with a dark ending that will leave you wondering.

Logline: A Tennessee farmer and sniper is drafted during World War I and struggles with his pacifist inclinations before becoming one of the world’s most famous war heroes.

A true story based on the morality of Alvin C. York, one of the most decorated soldiers of World War I. He is first a conscientious objector based on his well-established religious beliefs which ends up modifying his choice according to a passage of the Bible to then fight in the army. His exploits are on display and he returns home with a surprising dose of integrity that is sure to amaze people in today’s world.

Wolfgang Peterson’s escape film won him two Oscars, Best Director and Best Adapted Screenplay. The film shows the courage, grime and uncertainty of a U-Boat operating in the Atlantic. Most of the crew are young men and have to perform well in less than ideal conditions. Once things are over and they return to Germany, the real shock occurs.

Logline: A hardened sergeant and the four main members of his infantry unit attempt to survive World War II as they move from battle to battle across Europe.

World War II veteran Sam Fuller wrote and directed the film, which depicts his real-life unit. A well-acted and engaging narrative with surprise actors such as Mark Hamil makes for a fulfilling watch. The movie is legit even if ole Lee Marvin is a bit long in the tooth as a sergeant in his 50s. It could happen. The ending involves the unit liberating a concentration camp with a startling discovery that lends credence to Fuller’s experience in the war and his vision for the film.

The bestsellers of the week | Books and authors