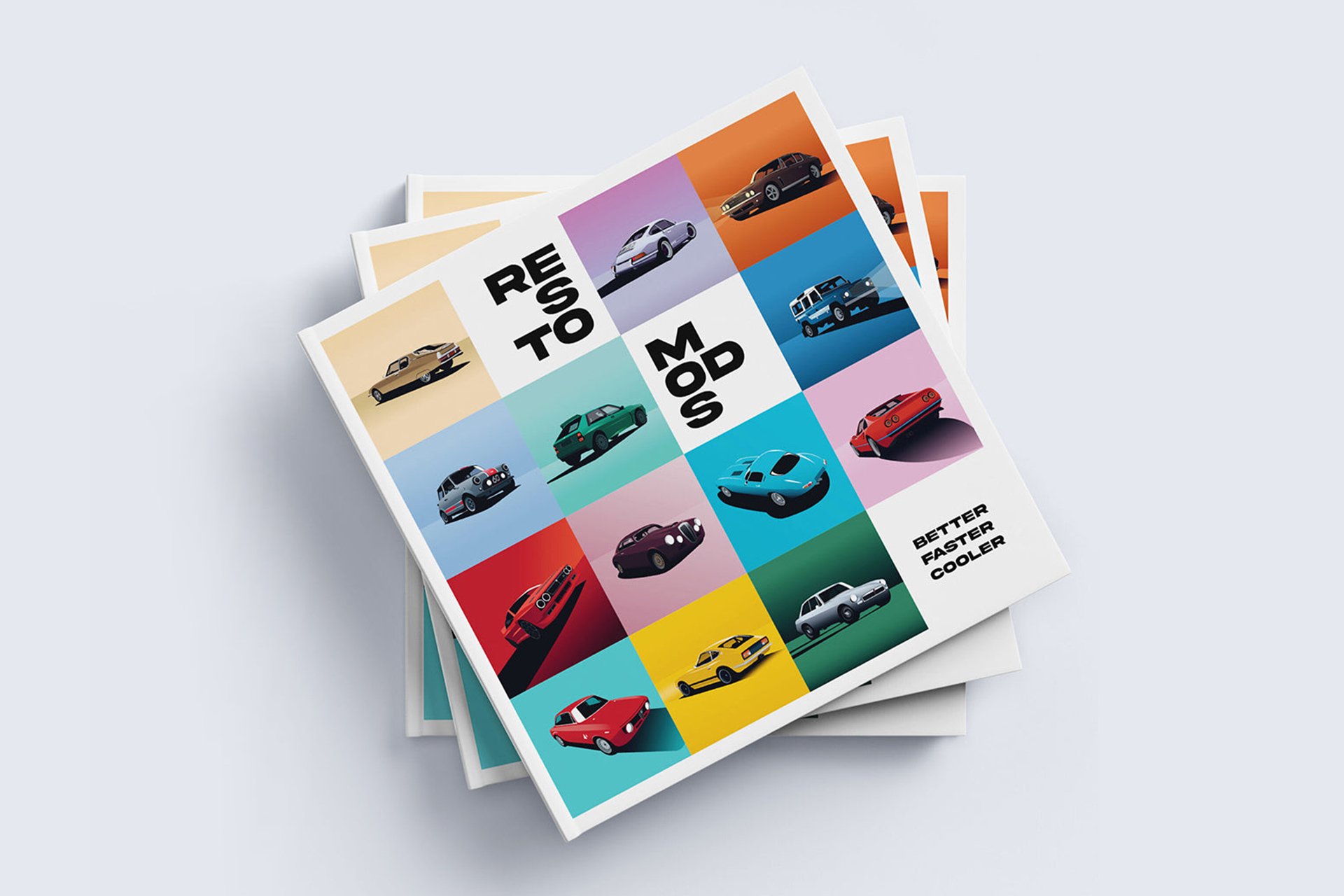 Here they are – the ten must-have new car books that should be at the top of every tanker’s wish list this year. Belgian power couple Bart Lennaerts and Lies de Mol of WAFT have done it again and released another coffee table book that deserves to be at the top of any car enthusiast’s wish list. Titled “Restomods – Better, Faster, Cooler”, the book tells the fantastic stories of all the major classic car customizers, from Automobili Amos and Alfaholics to Kimera and Singer with insightful words and fabulous graphics. ‘Restomods’ is available in a standard and limited collector’s edition. Piotr Degler is one of the most talented automotive photographers in the world. His new book “Made in Italy” is the culmination of more than a decade of work describing extraordinary Italian concept cars and iconic limited edition models. Degler’s magnum opus is certainly not “just another car book”, but a visual experience. The images of the cars were taken with meticulous attention to detail and show us some of the world’s most exciting shapes in a new light, while Degler’s interviews with design masters like Marcello Gandini, Giorgetto Giugiaro, Flavio Manzoni, Paolo Martin, Paolo Pininfarina and Ercole Spada take us on a journey through the history of Italian car design. With their personalized Land Rovers and alluring photos and videos, Ricardo Silva Pessoa and the team behind Coolnvintage started the restomod trend ten years ago. Now our friends from Lisbon are celebrating their 10e anniversary with a strictly limited collector’s edition book. The beautifully crafted book is a tribute to the Land Rover that takes its readers on a journey around the world, covering all the fantastic cars, places and journeys in the Coolnvintage universe. So you better be quick and grab yourself a copy before the 2000 books are all sold out! In the world of Formula 1, there is no place like Monaco. The street circuit is considered the toughest, most dangerous and most glamorous circuit in the world. Now, a delightful new little table book recounts the magic of Monaco motorsport of the 1950s and 1960s with a compilation of black and white images taken at the time by talented socialite photographer Edward Quinn. Many photos have never been published before and are a fantastic document of Formula 1’s most elegant era. Written by Johann Petit and Pascal van Mele over two decades and edited by Julius Kruta, the EB110 book presents the history of Bugatti in Campogalliano and the detailed genesis of the EB110. It features interviews with the main protagonists as well as photographs from 700 periods, historical images, drawings and specially commissioned works of art, many of which have never been published before. The new “Bugatti EB110 bible” is available in a series of strictly limited collector’s editions that no serious collector should miss! With his Brun Motorsport racing team, Walter Brun set new standards in the German racing championship from 1981 and later in the World Sportscar Championship. Initiated by one of his sons, Sacha Brun, in collaboration with authors Thomas Nehlert, Eckhard Schimpf and Peter Wyss, this book looks back on the racing exploits of Walter Brun and Brun Motorsport. Loaded with compelling stories from inception to success with Porsche and BMW, this new 962-page trilogy documents the unconventional career of Walter Brun, and it’s now available in three variations from the CD Shop.

Published by Guglielmo Miani, the book “FuoriConcorso quattro” is an elegant celebration of Audi and its revolutionary all-wheel-drive technology. Breaking with all convention, rarely seen concept vehicles, racing and rallying legends and production cars have been artfully photographed on the deserted streets of Milan at night, making this book a must-have collector’s item for everyone. Audi and automotive design enthusiasts. What do Michele Alboreto, Keke Rosberg and Niki Lauda have in common? They all owned a Ferrari 288 GTO. The rare but revolutionary twin-turbo V8 sports car is the subject of a new collector’s edition book. While photographer Stefan Bogner captured the sleek design language of the 288 GTO, brand expert Jürgen Lewandowski traced the history of the original Maranello supercar. After having covered the racing seasons 1965 – 1968 in their previous books, Éditions Cercle d’Art returns to the automobile circus of 1969 in the fifth installment of their chronicle of the golden age of motorsport. Drawing from the treasures of the archives of the DPPI photo agency, “Car Racing 1969” offers a unique insight into the atmosphere of motorsport at the time. The beautifully crafted book reveals a year of sporting and industrial audacity, but also a year of clashes. Fierce battles pitted Ferrari against Ford, Matra and Brabham, Lotus and McLaren, even as a new big rival, Porsche, emerged. You’ve seen the Ford GT40 in action at Goodwood and Le Mans, but now you can study the legendary race car in detail. Written by Claude Nahum and Steve Rendle, ‘GT40 Uncovered’ lets its readers peek under the car’s lightweight bodywork, sharing original technical drawings and revealing the technical feat that made the multiple Le Mans winner so successful. from Ford.