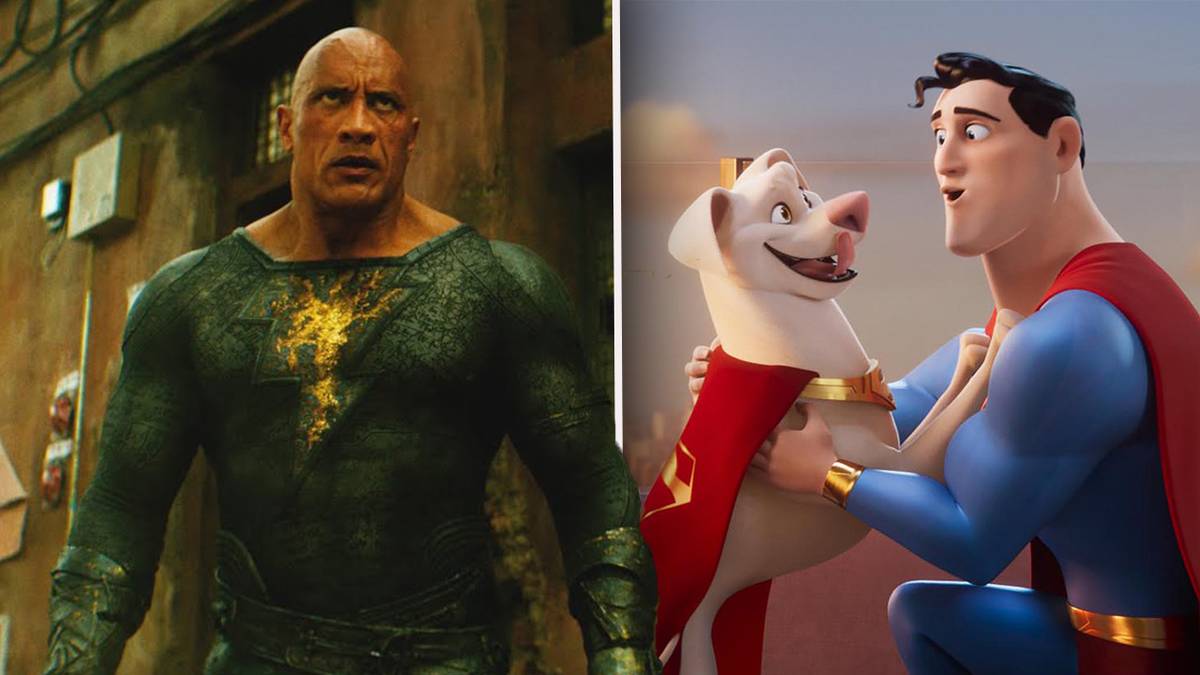 This article contains spoilers for DC League of Super Pets.

Who doesn’t love Dwayne Johnson? The man is a wholesome icon, just around good vibes. He is also a man of ambition. For now, The Rock is adding his own stamp to DC’s film production.

The actor will play the main role black adam when the movie comes out in October this year but you can currently see (or hear) him voice Krypto in the animated movie DC League of Super Pets. The film was well received, but there is one major problem. DJs spoiled the film on Instagram just days after its release.

Speaking of black adamcheck out the epic trailer for DC’s next film below.

DC League of Super Pets released on July 29 and clearly The Rock expected everyone to see the film on its opening weekend, because on August 1 it had spoiled the scene after the online credits. This is where the spoilers begin, you have been warned.

The Rock took to Instagram to announce that in addition to voicing Krypto, he also voices Black Adam and his dog Anubis in a post-credits scene. Johnson wrote, “Thank you for making Super Pets the #1 movie…but did you stay until the end credits. You already know how I feel about Superman vs. Black Adam. The Indestructible Force meets The Immobile Object With the DC Super Pets Universe, we had the opportunity to create this awesome animated universe in a fun and cool way.

He continued, “Allow me to introduce you to the baddest, baddest, most anti-hero dog in God’s green land… Anubis. Complete with his new favorite toy – Bruce Batman to squeeze. At @sevenbucksprod we have major plans to expand the Black Adam DC Universe and now the DC Super Pets Universe with our partners @wbpictures & @dccomics – and Super Pets & Black Adam is just the start.

So. Dwayne Johnson has already debuted on Black Adam. More interesting perhaps, what does he mean by black adam DC Universe? We’re no stranger to cinematic universes inspired by comics but based around a single character? It’s a new one. Especially a character whose first movie hasn’t been released yet.

Hooked On Books: Celebrating Back to School with Good Reads