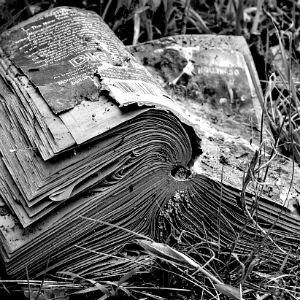 A reboot is a new take on a story in comic book, movie, TV series, or any other form that takes away continuity with previous versions to start over, without being weighed down by plot decisions. in a previous version.

The Bible is a book with a history spanning over a thousand years, so it’s perhaps no surprise that it also has reboots.

The Bible, take one (Noah’s story)

God creates the world (twice), then Adam and Eve eat the forbidden fruit. Their son Cain kills his brother Abel, then there is a long genealogy ending with Noah. God is annoyed with how mankind turned out, so he hits the reset button and everyone is drowning. But don’t be sad, Noah and his ark full of animals resist the storm.

Everyone in the world (ie “eight people”) is safe on earth again. God as Elohim blessed Noah’s family with authority over all living things. He establishes some rules, and in return he promises, “I establish my covenant with you: never again shall all life be destroyed by the waters of a flood” (Genesis 9:11). The rainbow (think: the kind of bow that shoots arrows) will appear in the clouds and remind everyone (God included) of this “everlasting covenant”.

So there you have it, God’s covenant with humanity.

But there is more, as the story progresses. Noah’s descendants populate the earth, there’s this whole Tower of Babel story, and then we come to Abraham. For some unexplained reason, Abraham (born Abram) is not already in Israel but lives in Ur, an ancient city on the Persian Gulf coast, now in southern Iraq. God (now Yahweh) guides him to Canaan.

God must be oblivious, for he continues to make the same promise to Abraham. The promise is (1) you will have many descendants, (2) you get land, and (3) this alliance is perpetual.

God (in his various forms) stammered many Canaan legacies and the promises of many descendants. It was a bit awkward and contradictory, but we kind of got the message.

I laugh. There is more. This is concluded in part 2.