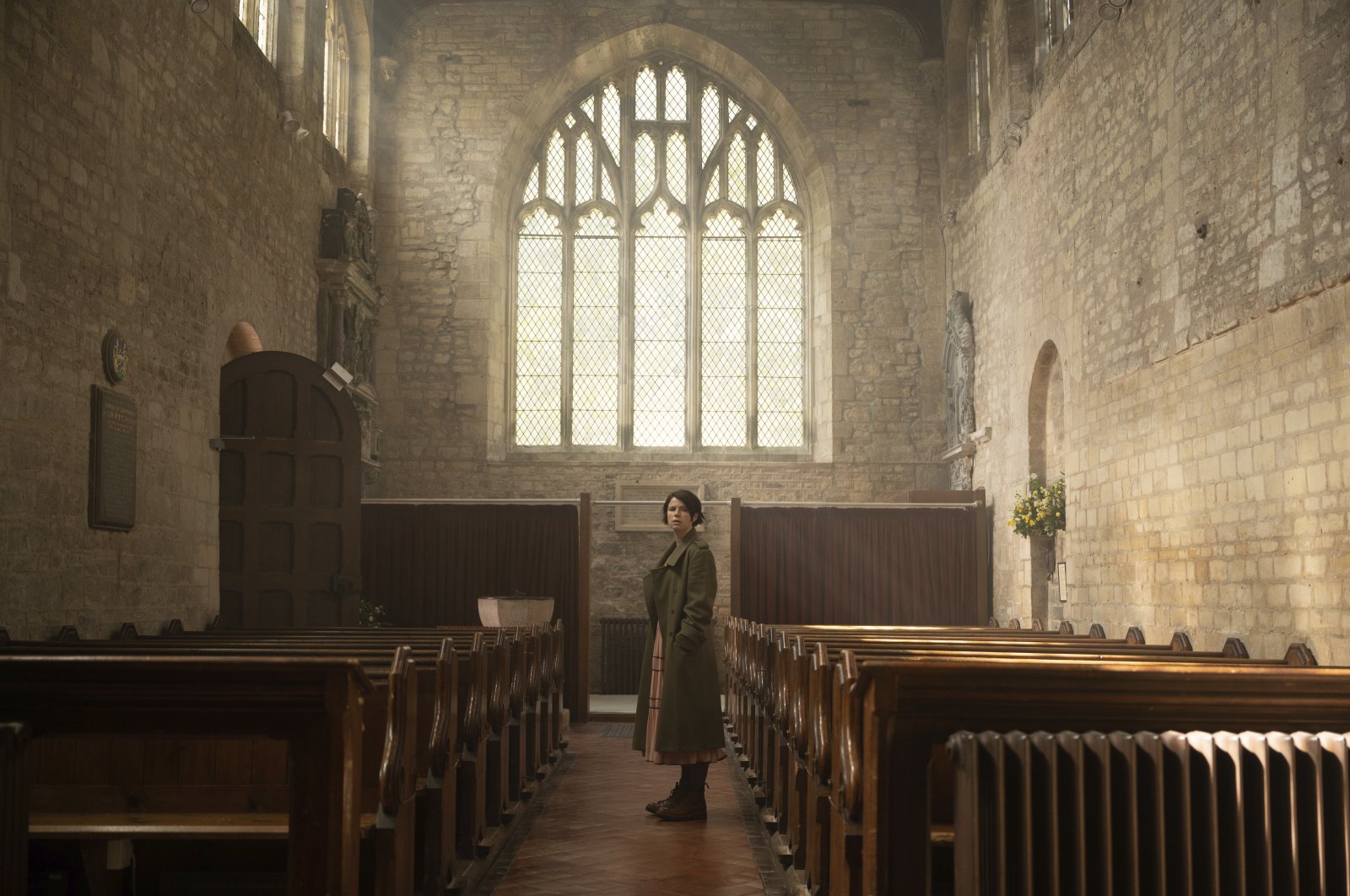 Set in the middle of nowhere, somewhere in South West England, arty horror film “Men” embraces toxic masculinity with references to folk myths and the Bible.

This is where Alex Garland’s sophisticated horror film “Men” takes place. All the action takes place in and around this area, a countryside that is both sublimely beautiful and yet also grimy and dirty. What Garland explores is nature – but not nature itself. after the nature of man, not man, but the low, sickening humanity that has proven toxic lately, but always has been.

Into this 500-year-old estate comes Harper, a young widow from London who hasn’t quite lived through the final moments of her marriage. She is played by rising star Jessie Buckley, perfect in every scene, alternating between anger, fear, boldness and timidity. Son Harper has reserved a few cool days to decompress away in the countryside, in nature. But she continues to encounter the nature of man.

For 100 minutes, Harper will meet many men – a vicar, a policeman, the owner of the house, the naked man in the yard and even a 9-year-old boy, among them – who are needy, conceited, misogynistic, morally bankrupt. and mean. They all find a reason to blame Harper for something, the burden of so many women. Part of the attraction of the movie is that all of the men are played by Rory Kinnear, a top notch shapeshifter. But the effect is pulled to ridiculous lengths by projecting his face onto the 9-year-old’s body, undermining all the artifice.

The problem with “Men” isn’t with the acting. It’s with a storyline that could be described as an attempt at something like artistic horror and can’t hold the landing. Often it’s tedious, slow to build, and pretentious. Garland proved masterful at sci-fi with “Ex Machina” and the criminally underrated “Devs” series, but here with ancient myths, thick forests, figurative stone carvings, and heavy symbolism, he went astray. . Often it’s clumsy, like his Eden riff. After Harper innocently eats an apple in the front yard of the estate, the owner scolds him and we can see the future: men are mean. “I didn’t come here to be scared,” she said, but it was the hand she dealt.

This is a movie full of big ideas, where the visuals, music, and dialogue are all cranked up too high. Harper enters a tunnel in the woods and happily creates vocal echoes – until she is thwarted by a sinister male figure. The tunnel is equivalent to the womb, we suspect. But we need more. And the film’s gruesome final sequence, which shows a womanless reproduction of a sequence of men giving birth to a bloody, unhappy line of men, looks too much like a cinematic lecture on masculinity with special effects. At one point, Harper calls the police and the dispatcher could represent all of us when she asks, “Explain what’s going on, please.”

Cinematographer Rob Hardy, a longtime Garland collaborator, is a master of stillness and signals, capturing the beauty of a forest in an instant for its wildflowers, the rain droplets in a puddle of water or a dandelion idling in the wind, but also its terror and mud. Yet his work is so loaded with allegory and meaning that it becomes numbing.

At its heart, “Men” has some interesting things to say about grief, loss, and guilt. Harper, who had a terrible fight before losing her husband, has an unthinkable recovery ahead. But his trip to the countryside led to a dead deer corpse with a specific but opaque meaning, a few WB Yeats quotes thrown in there, and a clown car full of mean men, a nude. Reviewing this Airbnb offer will never end up getting five stars.

“Men,” an A24 release, is rated R for “disturbing and violent content, graphic nudity, gruesome imagery and language.” Duration: 100 minutes. One and a half stars out of four.

Keep up to date with what is happening in Turkey, in its region and in the world.