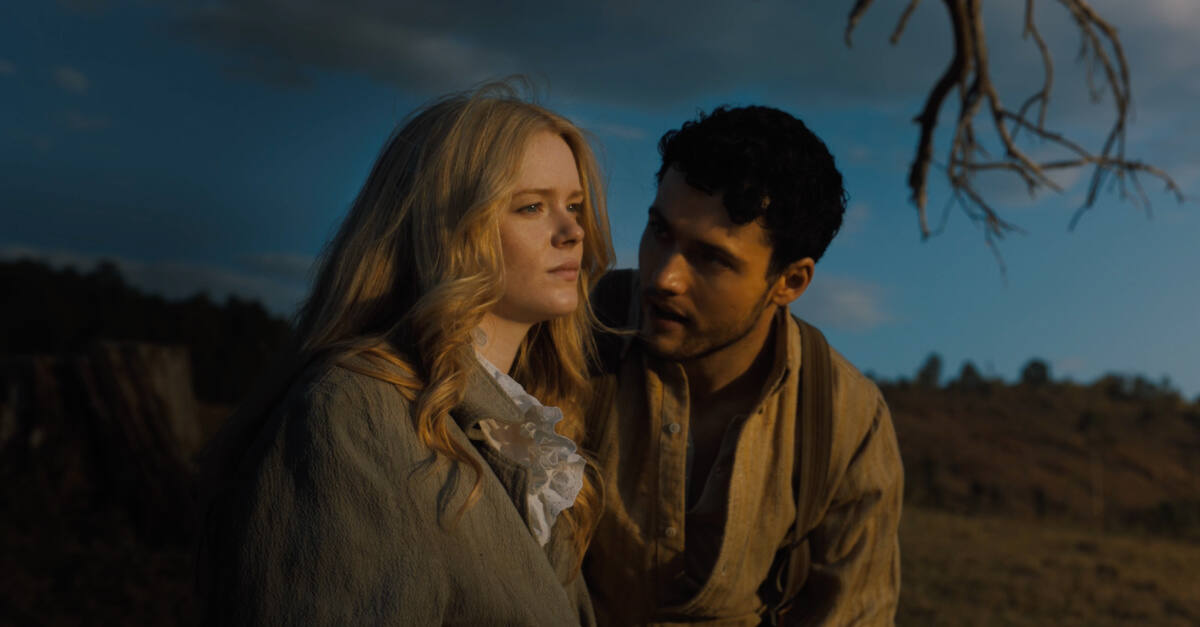 That’s not what “Redeeming Love” turns out to be.

It didn’t take long to realize that the film – adapted from the bestselling novel by Santa Rosa author Francine Rivers – is an adaptation of the book “Hosea”, from the Bible. In this often overlooked story, a prophet is called upon to marry a prostitute who runs away to ply her trade. Their relationship is generally interpreted as a symbol of God’s unconditional love.

This version is a story from the woman’s perspective as she struggles to break free from a life she was forced into as a child. Loosely set in the Gold Rush era (costumes are generic “old fashioned” and not from an actual period), this sensually engrossing film captivated me from the first few minutes.

So, is it moralistic and religious?

No. Director DJ Caruso went more “Game of Thrones” than “King of Kings” here, and doesn’t shy away from nudity and gritty violence. There are beautifully moving prayers scattered throughout key moments, but they flowed so well with the emotion of the scenes that I barely noticed.

The entire cast is exceptional.

Abigail Cowen (yes, the all-powerful daughter of Satan herself, from “The Chilling Tales of Sabrina”) gives a nuanced performance as Angel, the haunted prostitute struggling to find her place in the world. Fans of “The Vampire Diaries” will recognize Nina Dobrev, who has a brief but memorable role as Angel’s mother. Eric Dane (Dr. Sloan in ‘Gray’s Anatomy’) struts around as sinister brothel owner Duke, and newcomer Tom Lewis is adorably wholesome as Michael Hosea (Peckham in ‘A Discovery of Witches’).

“Redemptive love” is not perfect. Beyond the costume issues, there are several unfortunate racial stereotyping choices, like the Irish prostitute “Lucky” who always drinks.

I expected a fluffy romance with a hint of melodrama. Instead, I found myself immersed in a sexy, theologically-inspired movie that brought me to tears at the end.

Whether you’re a Bible believer or not, it’s a heartwarming love story that would be the perfect evening whether you see it in theaters now or wait until it hits Netflix one day.