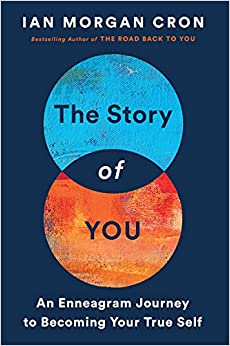 Preview of books on religion and spirituality: December 2021

New books from religion and spirituality publishers released in December include The story of you by bestselling Enneagram author Ian Morgan Cron; Wood and Spoon the devotion of blogger Kate Wood; an exploration of the “work of the soul” behind the domestic organization; and more.

Accidental gods: on men who have involuntarily become divine by Anna Della Subin (Metropolitan, $ 27.99, 978-1-2502-9687-0) traces the history of men who became worshiped as gods, including Christopher Columbus and Prince Philip of Great Britain, so “To shed light on the link between power and religion and the role of the divinity in secular times”, according to the editor.

Life in Jeneral: create space for what matters most by Jen Robin (HarperOne, $ 24.99; ISBN 978-0-06-308150-5), Founder and CEO of an Organizational Design Firm, explores the ‘soul work’ of home organizing, offering mental habits to help readers declutter their homes and minds, according to the publisher.

Raise Sons of Promise by Roland Warren (IVP, $ 18 paper, 978-1-5140-0289-6), president of Care Net, a Christian network of crisis pregnancy centers, draws on his work, personal experience and the Bible to share ideas and stories of how mothers can find healing and hope.

Releasing Peace: Experiencing God’s Shalom In Your Quest For Happiness by Jeremiah Johnston (Bethany, $ 18.99 paper, 978-0-7642-3082-0). New Testament scholar Johnston examines how the Bible can help individuals and families cope with anxiety and worry.

Be the Courageous: Live Your Spiritual Values ​​Out Loud and Other Life Lessons by Ann Kansfield (Broadleaf, $ 24.99, 978-1-5064-6373-5) focuses on the author’s experiences on 9/11 and the transformation of an “ordinary capitalist fool” into a wife, a mother and pastor in Brooklyn, NY

His daily bread: words and inspired recipes to enjoy all year round by Kate Wood (HarperOne, $ 27.99; ISBN 978-0-0630-7906-9). Wood, blogger at Wood and Spoon and mother of three, combines the recipes with the scriptures in this year-long devotion.

The eternal people by Matthew Milliner (IVP Academic, $ 20 paper, 978-1-5140-0032-8). Art historian Milliner looks at the life and work of Christian writer GK Chesterton to shed light on the complex and often tragic history of First Nations people, according to the editor.

Your Story: An Enneagram Journey To Become Your True Self by Ian Morgan Cron (HarperOne, $ 26.99; ISBN 978-0-06-282581-0), follows on from his bestseller The way back to you with a review of how each of the nine Enneagram personality types can access more positivity and happiness.

Hajj to the heart: Sufi journeys across the Indian Ocean by Scott Kugle (UNC, $ 32.95 on paper, 978-1-4696-6531-3) describes the journeys of 16th-century reformist Muslim scholars and Sufi mystics from India to Arabia, highlighting the emphasis on the influential Sufi scholar Ali Muttaqi, whose original translations of Arabic and Persian manuscripts, never before available in English, are featured in the book.