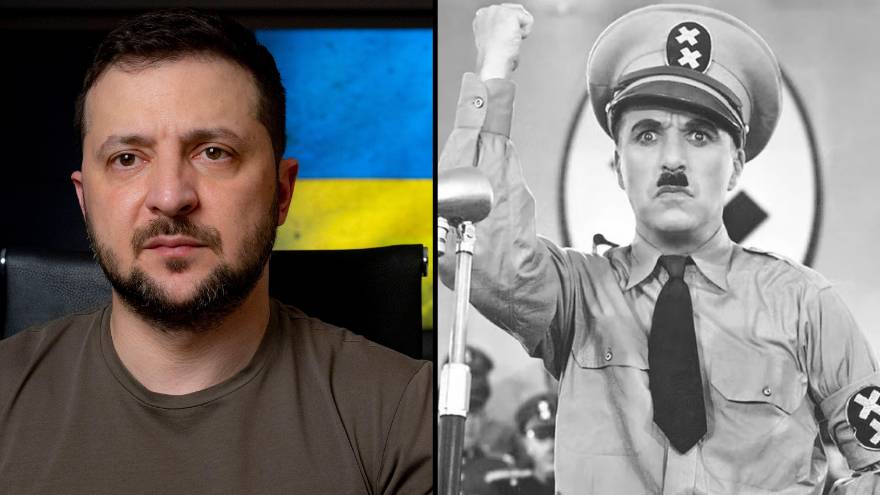 Ukrainian President Volodymyr Zelenskyy made a surprise appearance at the opening night of the 2022 Cannes Film Festival.

But the former actor did not appear on the red carpet.

Instead, he delivered an impassioned speech via satellite to the stars of the world and urged them to rise to the occasion in the face of a war “that can set the whole continent ablaze”.

Zelenskyy referenced several films in his speech, including Charlie Chaplin’s The Great Dictator.

“Hate of men will pass, and dictators will die, and the power they took from the people will return to the people. And as long as men die, freedom will never perish,” Zelenskyy quoted, as reported by France24.

The Ukrainian leader then drew comparisons between Russian President Vladimir Putin and Hitler.

“Again, then like now, there is a dictator,” Zelenskyy told the crowd.

The Ukrainian leader then launched a challenge to the filmmakers: “We need a new Chaplin to prove today that cinema is not silent”.

Appearing in his classic green shirt, the heroic Ukrainian actor-turned-leader received a standing ovation from those gathered on the French Riviera.

Russia’s invasion of Ukraine is set to be a hot topic at the film festival, with several works presented by prominent Ukrainian filmmakers.

A special screening of Sergei Loznitsa’s war documentary The natural history of destruction will take place.

Zelenskyy’s speech at Cannes comes shortly after another surprise speech at the Grammys.

The Ukrainian leader told the public in April that his country’s musicians wore “armor instead of tuxedos”.

“They’re singing for the injured in the hospitals, even for those who can’t hear them,” Zelenskyy said, as reported by The New York Times.

“But the music will break through anyway. We are defending our freedom to live, to love, to sound our land. We are fighting against Russia, which brings horrible silence with its bombs.”

If you would like to donate to the Red Cross Emergency Appeal, which will help provide food, medicine and basic medical supplies, shelter and water to people in Ukraine, click here for more information.

Vin Diesel unveils the first teaser for his new film