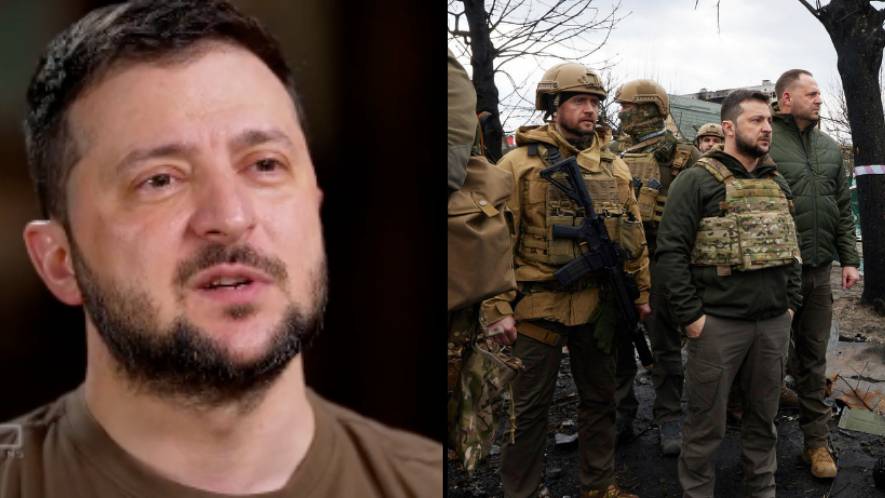 Volodymyr Zelenskyy sent a special message to Australia and its people from his top-secret bunker in his war-torn country.

The Ukrainian President was interviewed on 60 minutes and Zelenskyy graciously invited the team into “his secret inner sanctum to explain the horror spectacle” that is the Russian invasion.

A very stoic Zelenskyy also took the opportunity to thank from the bottom of his heart the support received from Down Under.

“I have to be very grateful to the Aussies,” Zelenskyy said. “You have already helped us and that’s true but we need more, that’s also true.

“With friends like you, such respectful friends, maybe my English is not good, I’m sorry dear Australians, I’m really sorry, but I think you understand my feelings, that’s the main thing.

“Ukraine will always remember this. It will be written in our historical books about your help, thank you very much.”

He refused to leave his city – or his country – when under attack.

“Our military is here, our citizens and society are here,” he said in a social media video on Feb. 25.

“We’re all here to defend our independence, our state, and that’s how it’s going to be.

“Glory to Ukraine. Glory to the heroes.”

Since late February, Ukraine has seen atrocities that have angered Zelensky and the rest of the world.

One of the most notable acts of Russian barbarism was what soldiers left behind in Bucha, a town 45 minutes from the capital, where Russian forces massacred civilians and left them in pits municipalities.

In the 60 minutes report, journalist Tom Steinfort asked Zelenskyy what he thought of Russian war crimes against the Ukrainian people.

“What you saw in Bucha clearly touched you. Do you have any doubts that Russian forces, under the orders of President Putin, are committing war crimes against your people?” Steinfort asked.

Zelenskyy replied, “Well, I felt pain. I felt, uh, anger. I felt, a desire for revenge. And then after that came a lack of understanding, how could you do something to people, to humanity? How could you torture so many people?

“Look, I’m not afraid to show some kind of weakness. You can lose your humanity and I don’t want to lose it.

“Getting used to a war is the worst possible habit.”

If you would like to donate to the Red Cross Emergency Appeal, which will help provide food, medicine and basic medical supplies, shelter and water to people in Ukraine, click here for more information.