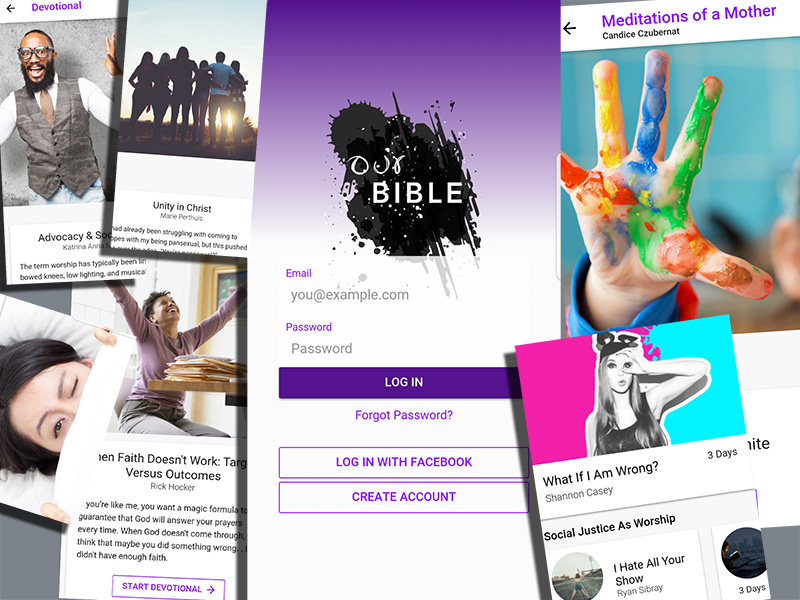 The Philadelphia woman grew up in a conservative Adventist home and learned, when she became a lesbian, that “there was no room for me in this space.”

She also learned, upon meeting people of other faiths who also felt marginalized by the churches, of a widespread disconnection – “a great chasm between conservative Christianity … and the Christianity that I lived”.

This is where the idea of Our Bible app came from.

After three developers, 18 months, a successful Indiegogo campaign and late at night to raise money as a Lyft driver, Cheatham recently released “Our Bible” – describes on his website as “meditation app for LGBTQ Christians, their friends, family and allies”.

But it was designed for people who feel marginalized by their churches for a number of reasons – not just their sexual orientation, she said.

There are other Bible apps out there, and three rank among the top 10 free apps in Apple’s App Store benchmark category. Many allow conservative Christians “to meet the need for something spiritual or worship or allow them to meditate or find community,” according to Cheatham, 32.

But, she said, there was no similar center for Christians with doubts or different interpretations of what the Bible says about LGBTQ relationships, about race and social justice, or about women in the church.

The Our Bible app encourages all kinds of writers to contribute, she said.

“We have people writing about black and brown depictions of Jesus or seeing Jesus as a metaphor on the subway,” she said. And thanks to the app’s diversity of contributors – “religious scholars and people around the world” – she expects Our Bible to attract an equally diverse group of users, including “those who are drawn to more conservative applications. “

Some have asked Cheatham if she is rewriting the Bible.

Our Bible features the same Bible translations as those found in other apps, such as the King James Version and the New American Standard Bible. But it also offers podcasts, books, and devotions in categories such as “Social Justice as a Worship”, “Free Bible Meditations” and “LGBTQI Spirituality”.

Another review of Our Bible, found in an Apple App Store review, wonders whether an app for progressive Christians exacerbates the tendency of progressive and conservative Christians to avoid listening to each other.

But the reviews are overwhelmingly positive. Users note that they do not have any churches in their area where they can have such conversations or places where they can find similar resources. A five-star reviewer hailed his devotions as “genuinely relevant and uplifting to my life.”

This is the reaction Cheatham says he received when releasing the app during the Q Christian Community Conference in Denver last month.

It’s gratifying, Cheatham said, to see that the app fills a need and that she was right to follow her instincts to create it.

And she expressed her deep gratitude to those who helped make the app possible: “It’s great to know that there is a community out there.”

Going through Information service on religion.

This Bible application is intended for Christian “foreigners”