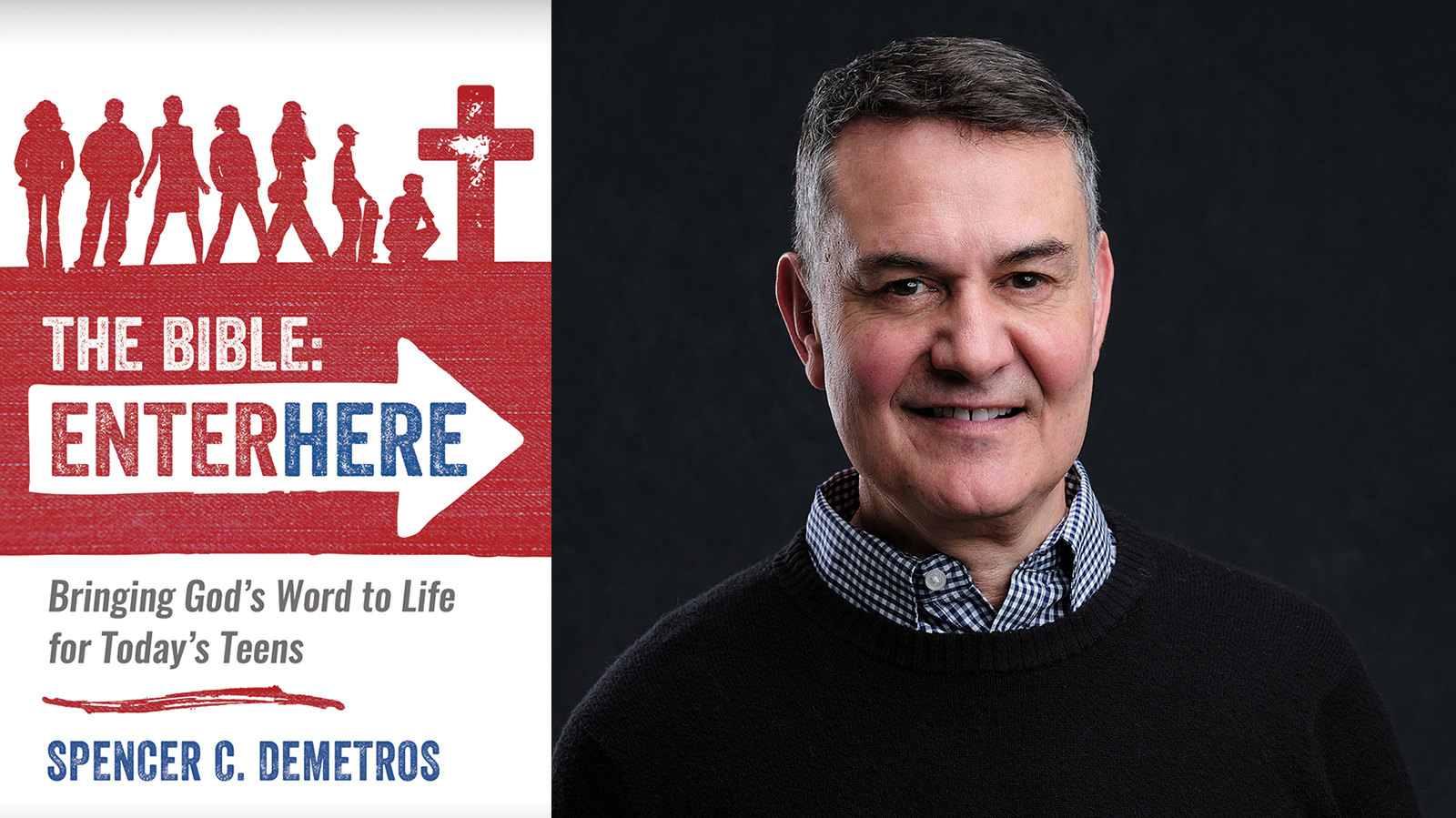 (RNS) – Spencer Demetros loved to read children’s Bibles to his children when they were young. But when they got too big for kids’ versions, the Harvard, Massachusetts lawyer struggled to find suitable replacements for teenagers. That’s when he decided to tell the old, old story in a new way.

In 2017, he began writing concise and humorous adaptations of Bible stories for his children, starting with Adam and Eve – or, as the chapter is called in his book, “That Better Have Been One Darn Tasty.” Apple! Three years later he had a book: “The Bible: Enter Here.

Data shows that young people are increasingly likely to sever ties with the church. Unlike the 76% of Baby Boomers and 67% of Gen X who identify as Christians, only 49% of American Millennials identify as Christians today, with 40% identifying without religion, according to published data. in 2019 by Pew Research. Center. The Barna Group also published a study in 2019 which found that 64% of 18 to 29 year olds in the United States left church after being active as a child or teenager.

RELATED: If Religious Leaders Wanna Reach Gen Z, Meet Them On The Streets

Other recent research shows that children whose parents discuss the faith and the scriptures with them are more likely to keep that faith.

Religion News Service spoke with Demetros about his new book and his hopes to provide an accessible tool to turn the tide. This interview has been edited for length and clarity.

You said it’s a book, not a teenage bible. Why is this distinction important?

There are many great Bibles for teens out there that provide good commentary. But my book does not transcribe the Bible and is not designed to replace it. It tells the stories and key teachings of the Bible as a gateway to accessing the Bible. I use a bunch of different techniques, including engaging in dialogue and writing some chapters like Peter’s diaries, and they bring the stories and lessons to life to be memorable.

How does your vocation as a lawyer influence the way you wrote this book?

Catherine and Spencer Demetros with their children. Courtesy photo

As a lawyer, I have to take a wide range of complex facts and make them crystal clear. I think God called me to do this, in large part because of my legal background and also because of my personality. I don’t have the voice of a pastor or a minister, it’s a little messier. I’m not a very pious person, and I think looking at things from another angle resonates well with young people.

How did you think about prejudices while writing this book? Have you tried to avoid imposing your own interpretations on Bible stories?

For the most part I tell the story and then I try to tell what the lesson is. Regarding the story, I try to avoid any interpretation. I try to make it clear, relevant, and entertaining, and if I can make them funny, I always try to make them funny. My goal was not to interrupt my point of view. But you can’t completely separate your own worldview when trying to present a message, so I’m sure there are probably things about my past that stand out.

You have fun with the chapter titles. Do you have a favorite?

I love the title of my chapter for Sodom and Gomorrah: “Why is mommy so salty?” The idea of ​​this lady being turned into a pillar of salt is so overwhelming, but the title cracks me every time.

Women are somewhat absent from your book – there is no mention of Esther, Deborah, Hannah, Jezebel or the Samaritan woman, and while women like Rahab, Ruth or Bathsheba are mentioned, their stories are condensed. Was it an intentional choice? I didn’t think about it so it certainly wasn’t intentional. I’ve done my best to reflect what’s in the Bible and just tell the stories as a condensed version of what’s in it. In selecting stories, I was just talking about my experience with which stories are the most told or generally perceived to be the most important. I have the impression that some stories hold women in very high regard. The story of Ruth, for example, or in one of Peter’s diaries, I included the story of the Syrophenician woman. Pierre saw her as a woman of great strength.

Was there a story you particularly enjoyed writing?

The funniest chapters were the ones that had just been written themselves. The dialogue between Abraham and Sarai, and the dialogue between Jesus and Zacchaeus or Jesus and the devil in the desert. The most difficult were more about human pain and suffering. The Book of Job was really hard to write. It wasn’t just because it was such an unfortunate circumstance. There were a lot of lyrical texts which made it difficult from a story point of view.

The Bible contains quite difficult content, from gang rape to prostitution and genocide. How did you approach these more difficult topics and events?

I tried to be attentive to the audience. I really tried to keep it very clean. Not that these things aren’t important, and I think in a Bible study it’s absolutely appropriate to discuss them. But for this I really wanted PG-13.

RELATED: Gen Z Keeps The Faith. Don’t expect to see them at worship.

Are you worried that disinfecting certain stories might cause teens to feel misled or disillusioned when they end up reading the stories in their original context?

There are a lot of details in the Bible that I didn’t put in because I wanted the stories to be concise. This is part of the reason why I strongly recommend that people do not view this book as a substitute for the Bible, but actually read the Bible to dig deeper into the details.

Why is this book particularly needed at this time?

It fulfills a need that has been around for some time: to tell the Bible in an entertaining and accessible way. Part of being human is living in a world where we all have challenges, we all suffer, we all have frustrations. But today, things are particularly difficult for young people. And coming out of COVID everyone is war-torn and tired. People are looking for hope. I believe that the real source of hope and joy is God and the message of Jesus. We must come back to it. Our old ways of getting kids to church don’t work, so we have to do things differently. This book is a tool to move in that direction.

What do you hope teens get after reading this book?

You can be quirky, funny, and a little nervous while still being a good Christian.

Biblical story of the golden calf – purpose and insidious nature