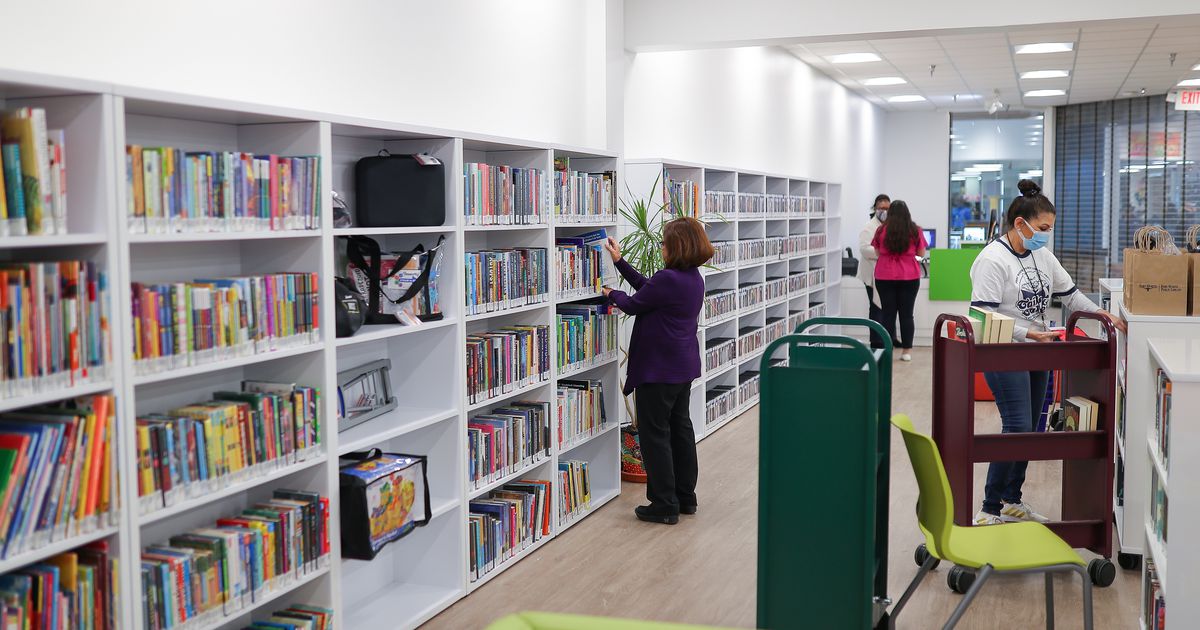 Re: “Battle over book bans spills over into public libraries – Removal attempts set to hit record high this year,” the news reported Wednesday.

Giving clerics of a religion to which I do not belong the power to determine which books I can read and which books I cannot read is simply unconstitutional. Our public libraries have been instrumental in the development of America. Libraries allow a person deprived of the means to buy books to access knowledge.

The US Constitution is clear in that it gives me and all Americans freedom of choice in matters of religion. So, if my favorite religion does not condemn non-binary people and I want to know more about non-binary people, the right to research non-binary relationships using books in libraries is constitutionally guaranteed.

This freedom includes the right to examine the Bible, the Torah, the Koran, the teachings of many Buddhists as well as books containing information on the beliefs of agnostics and atheists. Limiting our choice of information in public libraries based on religion is unconstitutional. It’s not a complicated question. The Constitution is clear on religious freedom.

Yes, DNA kits will put a name to a body, but the real problem is the assault weapon. Abbot says raising the purchase age for assault weapons from 18 to 21 would not pass judicial scrutiny. Where is it written in the Constitution that 18 is the magic age for buying guns? 16 year olds can drive cars. The drinking age is 21.

Common sense tells us that the numbers are arbitrary. Abbott must commit to raising the purchase age. Other states have done so. Texans need to trust that the government is legislating for their families so they don’t have to go to the morgue.

As the November 8 election approaches, please beware of the lies, distortions and fabrications in the advertisements we all see on the airwaves and in the press. Unfortunately, it seems that many incumbents significantly distort their opponents’ positions.

Let’s take a look at three areas where current incumbents seem to take credit in their ads; 1. They will lower your property taxes. They have had eight years to reduce our taxes, but they continue to increase. Should we really expect a change in their behavior in the future?

2. Cost of electricity bills. They say they have solved the network problems; however, my utility bills have skyrocketed over the past year.

3. They will protect the health care of all Texans. We all contribute to the federal system to support Medicaid, yet our incumbent leaders are failing to bring tens of millions of dollars back into our Texas economy because they refuse to expand the Medicaid program.

It may be time to change direction in Texas.

Re: “Any way you slice it”, by Duffy Kincheloe, Letters of October 14.

Kincheloe claims the unions are out of control because union rules dictated he pay a $55 cake-cutting fee at a Las Vegas restaurant where he bought a wedding cake.

I wonder if he took into account the destination of this money. Keep in mind that the union only required you to hire a cutter; the restaurant sets the price. Assuming the cake presentation lasted an hour, the cake cutter received $20 while the restaurant took $35. The restaurant used its share to fill its coffers and to pay the management. The cutter used it to help pay the rent and feed his children.

For union rules to apply, they must be accepted by both parties. From a restaurant perspective: you mean we can demand more money from our customers and blame it on union rules? Where do I sign?

The union just wants a member to be able to work.

Re: “Go after loophole users”, by Paul Carroll, October 14 Letters.

Unfortunately, I read another letter about an inflated military budget. In it, the author states that we pay a ridiculous amount for the defense. In 1967, the United States paid 9.4% of national GDP for defense. In 1973 (after Vietnam) it was 5.9%, and in 2020 we paid 3.7%.

We have a global responsibility regarding our defense posture. At 3.7%, I don’t think that’s crazy spending. I find this insulting to Americans who work incredibly hard, at risk, and in incredibly dangerous or difficult situations.

If the citizens of the United States want to cut our defense needs to save money and spend that money on other things, let’s discuss where we cut the budget. Withdraw from Korea? Stop maintaining security in the Middle East? Or stop making sure we have the best force with the most advanced technology in place so we don’t have to use it? To call it pork spending is truly insulting.

We welcome your thoughts in a letter to the editor. Consult the instructions and drop your letter here.

The summer of 2022 will be one for the record books