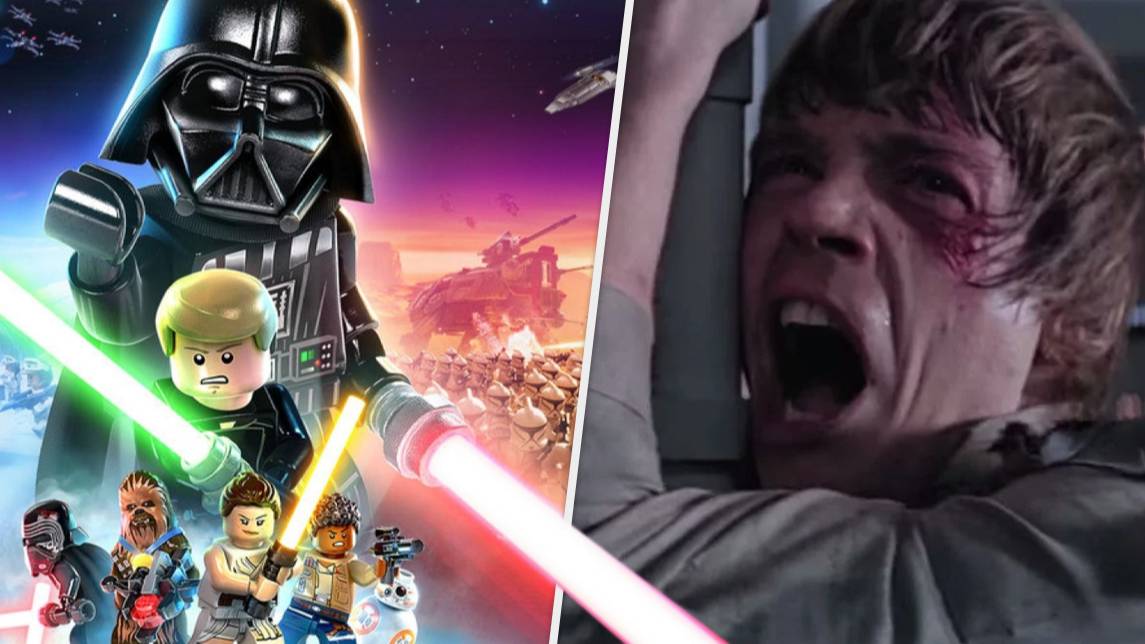 I don’t mean to brag, but I just finished LEGO Star Wars: The Skywalker Saga. Not the thing, you understand. I still have an open galaxy full of bricks, characters, and other collectibles to hunt. But I finished my work on the main story, having started with The Phantom Menace and ending on The Rise of Skywalker. A wildly fluctuating quality sci-fi sandwich where the bread on each end is made of crap.

I’ve written before about how the LEGO games were actually able to make the dreaded prequel trilogy really enjoyable. the original Lego Star Wars had a wonderful sense of humor that embraced the inherent silliness of the prequels. He was moving along at an excellent pace, skipping past all the crap about trade disputes and Midichlorians in order to focus on the fun stuff: Darth Maul! General Grievous! Podracing.

It’s more or less the same for the prequels of The Skywalker Saga. While the levels themselves aren’t anywhere near as imaginative or fun (I have a distinct feeling the prequels weren’t a priority), that inimitable LEGO charm still works to ensure this brick-based narrative of the one of the most hated trilogies of all time is often funny and able to amplify the parts of these movies that did work. It also leans heavily on the very many prequel memes that have cropped up since the first. Lego Star Wars game, and is all the better for doing so.

So, while I traversed the original trilogy and the first two thirds of the trilogy of the sequence (all excellent), I was delighted to see how the developer Traveler’s Tales has managed The Rise of SkywalkerThe denouement of the saga.

I think it’s fair to say that of all the Star Wars movies, The Rise Of The Skywalker is the one that is hated almost universally. The prequels have their apologists, and there are a lot of people – myself included – ready to stand up and say The Last Jedi is a masterpiece. But The Rise of Skywalker is a stain on a movie that tried to appease the vocal minority and wrap up a 40-year-old story in a way that would keep everyone happy. It fell like a fart into a Sarlacc pit. Can a LEGO story soften its rough edges? Apparently not.

As far as LEGO games are concerned, the prequels obviously have nostalgia on their side, but let’s not put it all on that. Episodes I-III work so well in LEGO form because, despite their flaws, there was still a cohesive story: the rise and fall of Anakin Skywalker. Travelers Tales had Something to work with, carefully extracting the essence of the prequels, with plenty of jokes along the way, into something that might actually get you thinking attack of the clones was half decent. As far as I’m concerned, it’s literal magic.

The Rise of Skywalker has no essence to extract. It’s a loose, tasteless piece of cinema that ended Skywalker’s decades-long history with an almighty shrug. He has no idea what it is, and this is such a problem that even a LEGO story can not save because there really is no redemptive moment for travelers tales focus.

Instead, the game’s final episode (assuming you played in chronological order) is a series of entirely disconnected and utterly meaningless moments, just like the movie it’s based on. You go, cloudy-eyed, from empty lightsaber duels to joyless space battles that engender about as much emotion as a visit to the dentist.

Try as he might, and absolutely Is try, even LEGO can’t build something decent out of The Rise of Skywalker. Do not say everything?