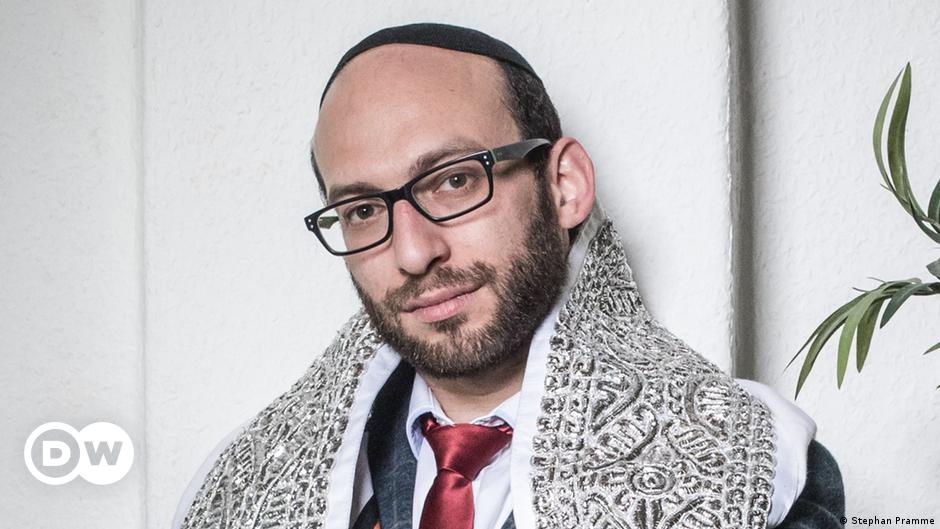 On the first day of school, little Akiva Weingarten was made to sit on the lap of the rabbi, who took a sheet of laminated paper and traced the Hebrew alphabets alef, mem and taf with honey.

Written together, these letters represent the word “emet”, or truth. “And then they let me lick the honey off the sheet,” Weingarten recalls in his autobiography, available in German under the title “Ultra-Orthodox: Mein Weg” (Ultra-Orthodox: My Way).

“Akiva! Take this as a sign that the words of Torah are as true and sweet as honey,” his rabbi said during the lesson.

But only a few of Akiva Weingarten’s memories are so sweet.

As the eldest of 11 siblings, Weingarten grew up in the Satmar Hasidic Jewish community in Lakewood, New Jersey.

For him, it was above all a world full of rules.

A world in which the right shoe had to be put on first before the left, because the right hand symbolized the mercy of God and was to be preferred. This was also the reason why toilet paper should not be used with the right hand, as it was the hand that held the leather prayer boxes, or Tefillin.

“You have to think about it like going back to the 18th century,” Weingarten told DW, discussing the world of Satmar Jews. “Everything is completely different there: the clothes, the language, the food, the songs, the way of thinking, the supervision, the equality. Everything is a few centuries behind,” he said.

Weingarten’s path took him from the United States to Israel, Germany

It is a community that has sealed itself off from modern times and anything deemed “unclean” by ultra-Orthodox rulers.

The Satmar community has its own newspapers, schools, workshops and bakeries, clothing stores and bookstores, supermarkets, and its own security and rescue services.

Weingarten remembers inviting one of the few non-Jewish children in the neighborhood to play with him, but was told the child was no company for him. “He and his parents were Goyim, non-Jews,” was the only explanation given. And even Jews who weren’t ultra-Orthodox were “not real Jews,” he was told.

Akiva Weingarten vividly describes the daily life of the ultra-Orthodox community in the United States. For non-Jews or those not from his community, he explains where these rules come from.

“We are the Hasidics, those who fear God. The 613 commandments, which the Eternal gave to humans in the Torah, the five books of the Hebrew Bible, and the countless instructions, which Moshe received at Mount Sinai through the Mishnah , the Oral Torah of God gives direction to our lives. The purpose of our existence is to fulfill the Mitzvah, these commandments; to fulfill them in our lives in such a way that there is no difference between our action and the will of God.”

Originally, that didn’t mean slavish adherence to the rules, Weingarten says. Instead, it indicated a spiritual striving toward unity, not just for the individual, but for the perfection of the world.

Only when “the Jews, as God’s chosen people, completely follow the Mitzvah”, will the long-awaited “Maschiah, the messiah” come. 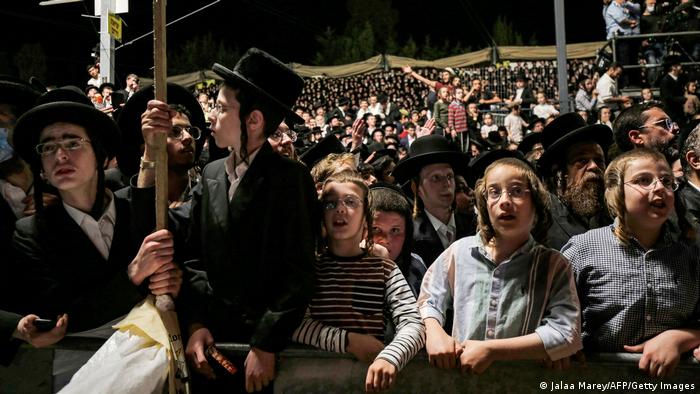 As Weingarten got older, he accepted the rules less. As a teenager, he masturbated, even though he knew it was strictly forbidden. The rabbi slapped him in the face as punishment

But it instead led him to explore more taboos. Together with his classmates, he sexually satisfied an older ultra-Orthodox man in a hotel. Young people prostituted themselves for money and then used that money to buy the services of a prostitute.

Weingarten laughs while discussing these events with DW: “It was like a prison. You didn’t talk about it, but you had sexual needs and you did something together.”

Just Deborah Feldman’s 2012 book “Unorthodox,” Weingarten’s account offers insight into the ultra-Orthodox community and its strict sexual rules, but from a male perspective.

Feldman also grew up in the Jewish Satmar community of New Jersey and describes, among other things, what it meant to her to be forced into marriage at a young age without knowing anything about her own sexuality. 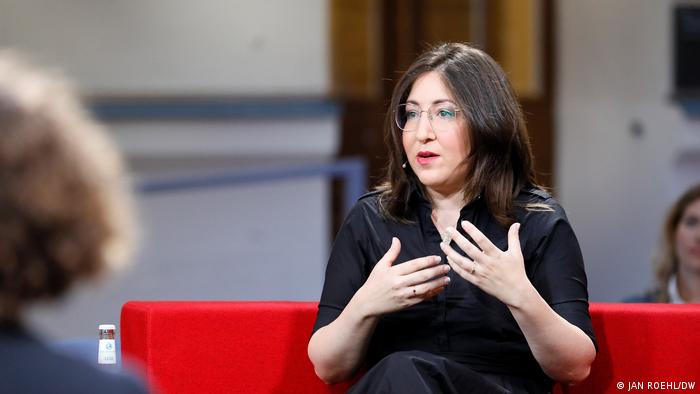 Deborah Feldman is the author of the book ‘Unorthodox,’ which has been turned into a bestselling miniseries

Weingarten’s arranged marriage was also a disaster. At the age of 20, he was married to an orphan in Israel. Together they lived in the predominantly ultra-Orthodox town of Bnei Brak, a suburb of Tel Aviv.

Two years later, they already had two children together, but Weingarten felt completely alienated from his wife. “In the last few months before my release, I sometimes felt like I was being mentally abused and being forced several times a day to meet my rapist – the one the community called ‘God’, the one they prayed to. and admired.”

Return to the land of the perpetrators of the Holocaust

Weingarten decided to leave Israel and go to Germany, of all people – the country of the perpetrators of the Holocaust.

“My grandfather hated everything German,” he wrote in his book. “He would never let a Bosch or Miele washing machine into the house. And because Hitler drove a Mercedes, it was always the ‘Führer’s car’ – an attitude my father still cultivates to this day.”

Weingarten’s grandparents were Hungarian Jews. Her grandmother survived Auschwitz and her husband survived another concentration camp, but both barely talked about their experiences.

“Back home, we only talked about Germany in the context of the Holocaust. If you were talking about Germany, you meant Nazi Germany. The Germans were always the bad guys, and they still are. today, for many ultra-Orthodox Israel and America, where many descendants of the survivors live, this theme is still very much present today,” Weingarten explains. 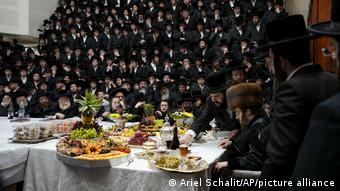 But Weingarten’s decision to go to Germany was very practical.

“I didn’t have any money and I wanted to study,” he explains. He discovered that it was possible to study in Germany without having a lot of money. And he thought that knowing Yiddish, his mother tongue, which has many similarities to German, would make it easier for him to adapt.

It was not a move he made to provoke his community, but rather to escape it. “You can’t go further than Germany, because of history,” says Weingarten.

This story still seems present to him: “Yesterday I saw a very old woman in the street and my first thought was: what was she doing 75 years ago?

Weingarten, however, is reluctant to speak of anti-Semitism in Germany today. “The fear is still there,” he says. “But we shouldn’t ask Jews about anti-Semitism; rather we should ask Germans. The German police, the government and the people should engage in it,” he adds.

Today, Weingarten commutes between Dresden and Basel, where he is the rabbi of two liberal Jewish communities.

On Shabbat, he wears the shtreimel, the Jewish fur hat, and the kaftan – garments that are usually worn only by members of the Hasidic community.

In Berlin, Weingarten founded an association to support people coming out of ultra-Orthodox communities and help them integrate outside the strict religious environment. “We are no longer Orthodox, but we are not really secular. We have a strong Jewish identity, but at the same time many people leaving the community would not consider themselves religious, although they celebrate Shabbat and pray” , he said. 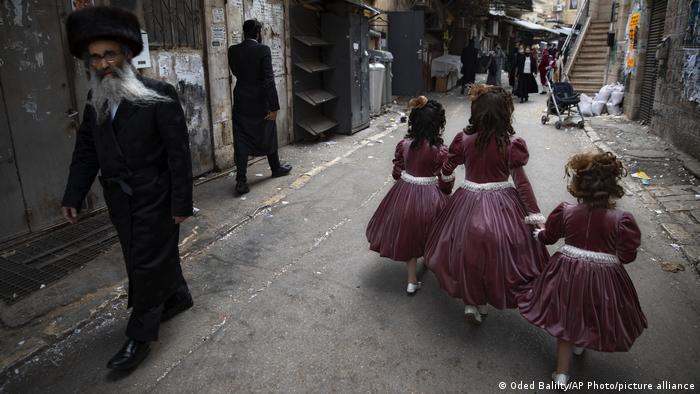 “For me, being a Jew is above all an identity. It’s a place where I feel at home. I can visit a synagogue in India or Finland and feel at home. It’s our tradition, it’s our history – everything that defines us as a group, as a people, as humans. There are many beautiful things about Judaism, which we have inherited and which should be continued. For all humans, not only for jews.