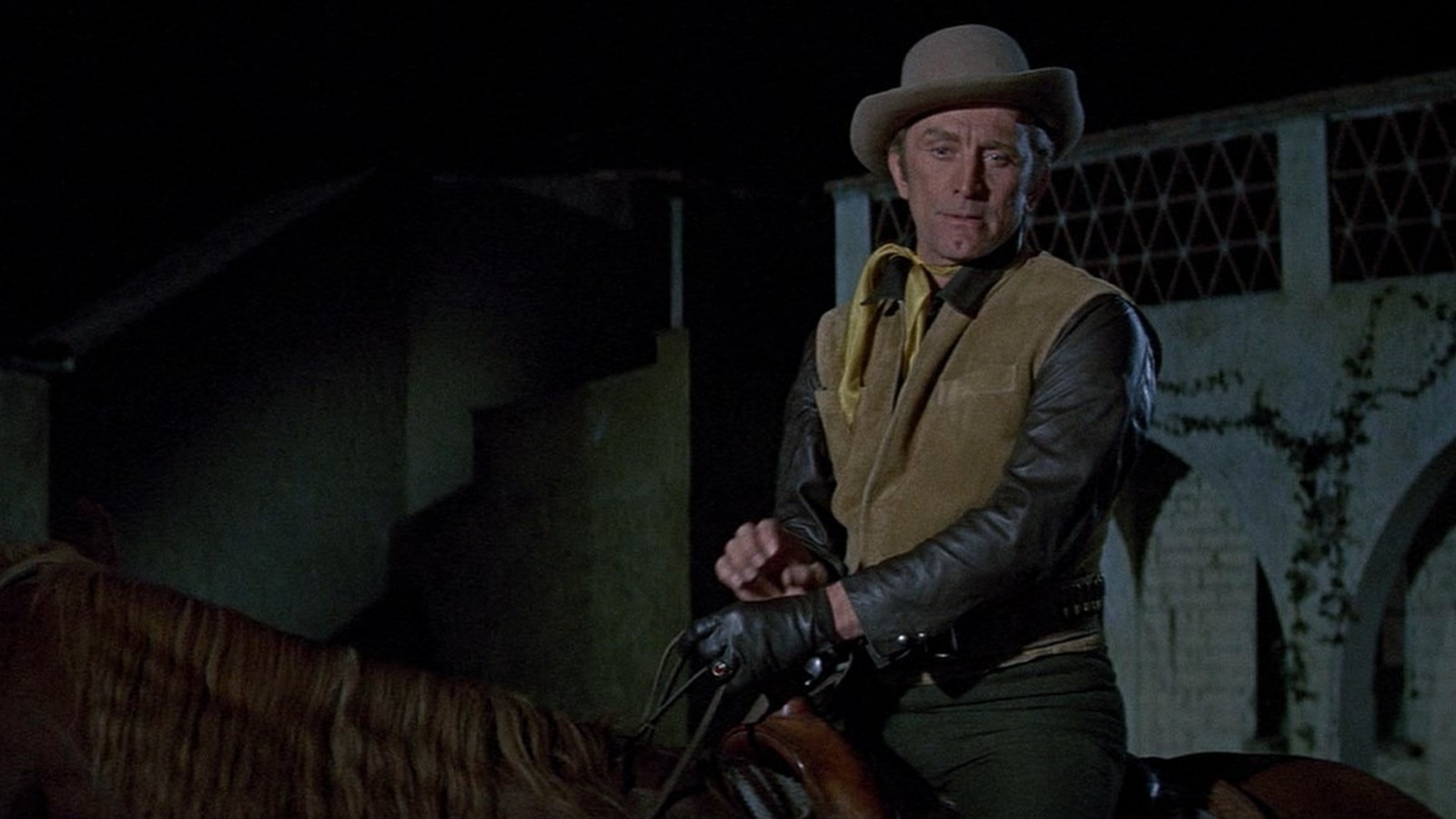 Pauline Kael, for the uninitiated, was one of the most striking voices of film criticism of the 1960s until her death in 2001. She had impeccable, if sometimes unpredictable, taste and was always witty. and clear in what she found objectionable about a film. It was Kael who poked fun at “Star Wars” as “like getting a box of Cracker Jack that’s all prizes.” On the Chron website, Kael’s review of “The War Wagon” is quoted in part. She wrote:

“What makes it a ‘Western’ is no longer the wide open spaces, but the presence of men like John Wayne, James Stewart, Henry Fonda, Robert Mitchum, Kirk Douglas and Burt Lancaster, smiling with their big new choppers, sucking their guts out of their chests and hauling themselves up on horses, they are the heroes of a new Western mythology: stars who have grown old in the trade, who have survived and who continue to drag their world-famous and cherished carcasses through the same old gestures.”

Douglas, speaking to Ebert, agreed that “The War Wagon” was not a classic movie at all. But it was, in Douglas’ words, a better show than “A Lovely Way to Die”. By calling it “entertainment”, it clearly describes something simple, yet ostensibly satisfying. Reading Kael’s perspective angered Douglas, and he turned to an empty chair, representing Kael, to dish out a harsh insult, saying:

“And ‘The Wagon of War.’ Well, “War Wagon” wasn’t bad. It was entertainment. I rather enjoyed it. But this woman, Pauline Kael – did you see the article she wrote about it, about of “War Wagon?” If Pauline Kael was sitting here right now, I would tell her, you’re a brilliant woman, but you’re full of shit.”

‘Dangerous’ books too powerful to read