Jim Caviezel returns to the genre of the biblical film in Paul, Apostle of Christ

Has there ever been a movie on the big screen about the apostle Paul? There have been many television productions about him, and he has been a supporting character in films like Quo Vadis and The last temptation of Christ – he even had an appearance, sort of, in the last year Hello, Caesar! – but I don’t think there’s ever been a major feature film about him before, at least not produced in English.

That could change next year when Affirm Films – the “faith-based” arm of Sony Pictures that released resurrected last year – releases Paul, apostle of Christ, a brand new film that has just started main filming. Excerpt from today’s press release:

Paul, who goes from the most infamous persecutor of Christians to the most influential apostle of Christ, spends his last days awaiting execution by Emperor Nero in Rome. Paul is under the watchful eye of Maurice, the ambitious prefect of Mamertine prison, who seeks to understand how this broken old man can represent such a threat. As Paul’s days grow shorter, he works feverishly from prison to advance the gospel of Jesus Christ, and emboldens his followers to stand firm in their faith against greater Roman persecution than ever before.

Paul is played by James Faulkner, who has had small roles in two previous Bible films, including one about Paul! In the years 1981 Peter and Paul, which starred Anthony Hopkins as Paul, Faulkner played the role of Menahem; years later he also played Marcellus in the 2010 version of Ben hur. Faulkner also played a biblical character in a no-biblical project, when he played Herod Agrippa in the 1976 miniseries me, Claude.

Three other actors with Bible film experience were chosen Paul, apostle of Christ – and it’s interesting that it’s them, not Faulkner’s Paul, who appear in the only frame out of the film so far (part of which is above; the full frame is below):

The Roman prefect Maurice, meanwhile, is played by Olivier Martinez, who has no experience of biblical films to my knowledge.

The film is written and directed by Andrew Hyatt, who previously directed Gracious, a 2015 film that takes place during the last days of the life of the Virgin Mary.

The film is currently being shot on the island of Malta – which is not just where previous Bible films like resurrected were filmed, but it is also the island where Paul and Luke lived for three months after surviving a shipwreck (according to Acts 28).

Two and a half years ago it was announced that Hugh Jackman was developing a film about Paul, although I haven’t heard from it since.

Here is the first official photo of Paul, apostle of Christ: 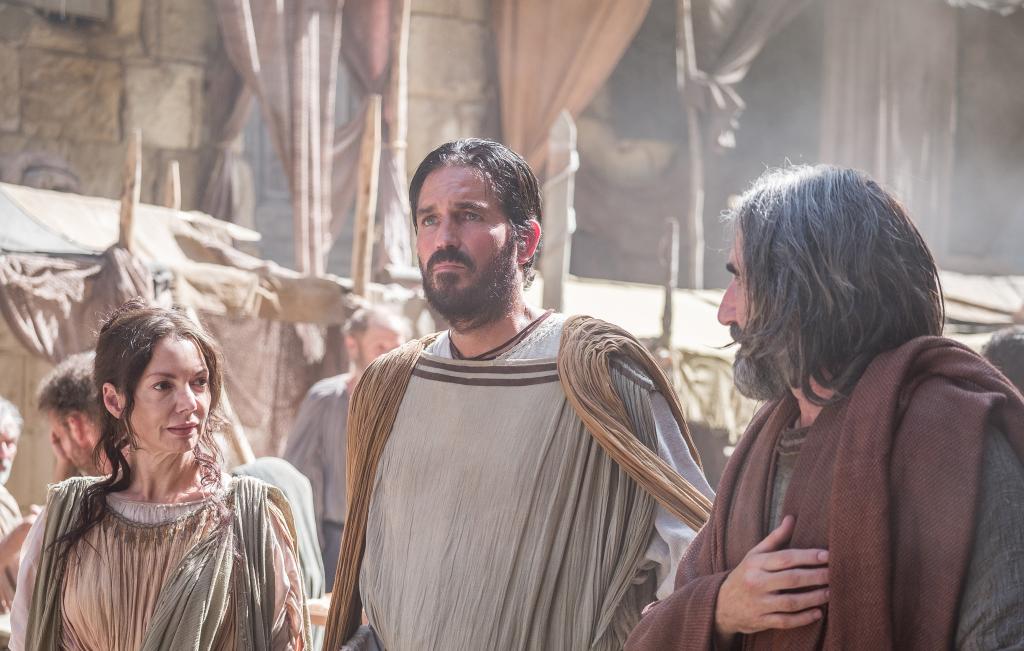 Watch (and Listen to): Music from the biblical animated film The Star