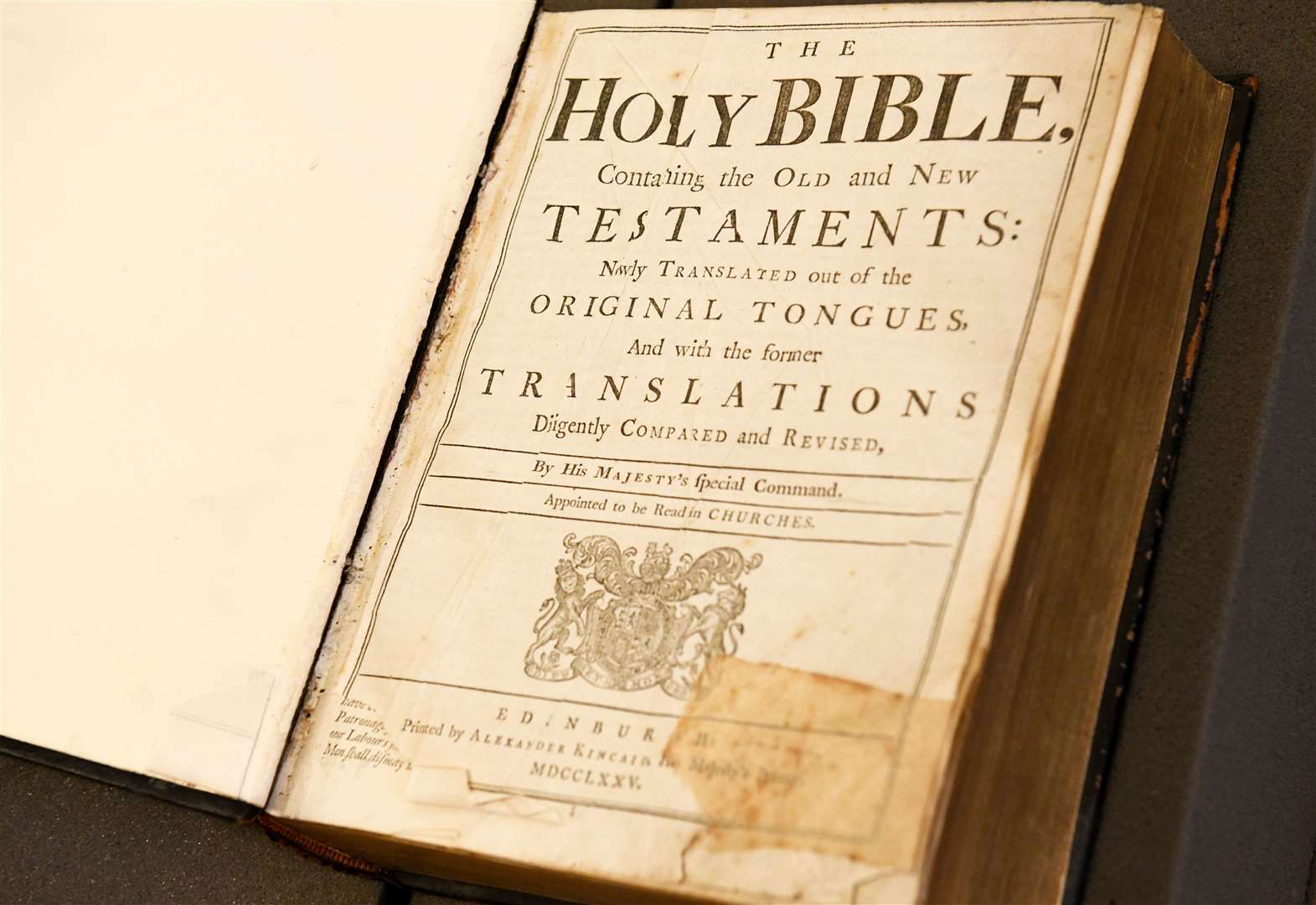 Historical books, including the old Inverness Burgh Council Bibles and the Old Testament exhibition from 1706, in the custody of the Highland Archive Center after being removed from the Old High Church

Historical books have been removed from the Old Upper Church building in the city for safekeeping.

It marks another poignant chapter for church members as they removed items from the A-listed building which has now been put up for sale by the Church of Scotland.

He hosted his final service earlier this year.

After a cleanup last week, church members donated 19 historic books, including one dating back more than 300 years, to the custody of the Highland Archive Centre.

Church member Willie Morrison said it was “with a heavy heart” that he helped remove the books.

‘The cleaning up of the Old High marks the sad end of a long and historic era of religion in the center of the Highland capital,’ he said.

“I feel like we are too easily losing a very precious, irreplaceable historical, spiritual and secular symbol.”

The church had important civic links, hosting the annual ceremony of the Kirking of the Council and, from the late 19th century, served as the regimental kirk of the Queen’s Own Cameron Highlanders.

He recalled that the borough Bibles were placed on the balcony where the provost and councilors sat for centuries until the 1980s when a councilor complained that the height caused dizziness.

The collection also included Bibles and hymn books from the Dochfour Estate and an Old High petty cash book from the early 1950s.

The records center already holds the records of the old high church from the 1680s, including communion rolls, proclamation of banns, and kirk session minutes.

Mr Morrison hoped a suitable home would also be found for Cameron’s memorial, various battalion colors and the Reverend Donald Caskie’s field communion set – The Tartan Pimpernel – who helped orchestrate the safe return of about 2000 men from France during World War II.

Archivist Alison Mason said: ‘The Old High Church has always been closely associated with the council and over the centuries has been an integral part of the council’s Kirking, with the traditional procession beginning at Inverness Town House and ending at the Old High.

A campaign has been launched by the former high school friend in an effort to rally public support to develop the building as an affordable non-profit venue for community enjoyment.

It was built between 1770 and 1772 but the lowest part of the west tower dates from the 14th century.

It was requisitioned by government forces to house Jacobite prisoners captured at the Battle of Culloden and those on death row were shot in the cemetery.

Do you want to react to this article ? If yes, click here to submit your thoughts and they may be published in print.

Check out these 5 new books this fall