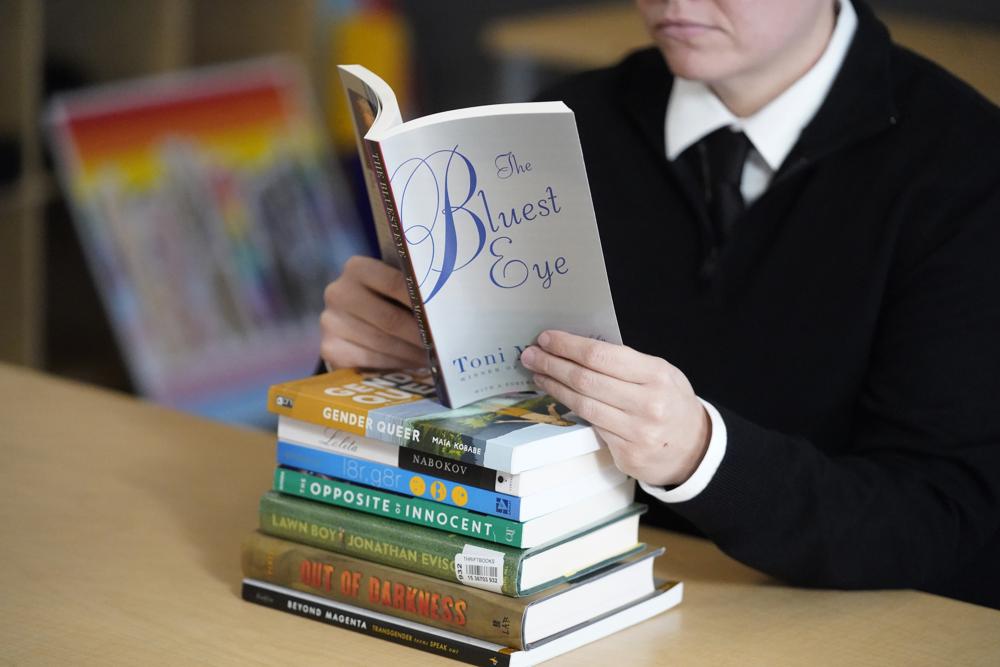 Only Texas banned books more frequently than Florida public schools, according to a national free speech organization that credited two new state laws with a slight increase in verboten books.

PEN America counted 566 book bans in Florida spread across 21 of the state’s 67 school districts from July 2021 through June 2022. That compares to 801 bans in effect across 22 school districts in Texas. Pennsylvania ranked third with 457 bans across 11 school districts.

The report released Monday in recognition of Banned Books Week, is sounding the alarm from critics that this new book banning spree could harm the free exchange of ideas that makes American democracy work.

In the vast majority of cases, the new wave is about more than a parent objecting to a book found in their child’s backpack, PEN America officials said. It comes from organized and coordinated groups such as the National Moms for Freedom and Florida Citizens Alliance.

“This censorship movement is turning our public schools into political battlegrounds, driving wedges within communities, forcing teachers and librarians out of their jobs, and chilling the spirit of open inquiry and intellectual freedom that underpin a thriving democracy.”

The state Department of Education did not immediately return an inquiry seeking comment on the findings, which specifically cited the passage of the Parental Rights in Education Act (HB 1557) and another on K-12 education (HB 1467), which calls for an open review of all educational materials.

Groups such as the Florida Citizens Alliance (FCA) and even Gov. Ron DeSantiswhich had FCA members on its transition team, say they aim to keep obscene material out of schools and stop the “indoctrination”. But Ashley Hope Perezauthor of “out of darkness“, a young adult novel, said the increasing number of book bans was part of a backlash against featuring characters more diverse than Dick and Jane.

Her novel, about a Mexican American teenager who falls in love with a black teenager in the 1930s, was published seven years ago and hadn’t even been challenged until very recently.

“Using concerns about sexual or graphic content is a pretext for this coordinated effort to block young people’s access to books that represent diverse identities and experiences,” she said. “It’s a political strategy.”

The group also noted that the new atmosphere has meant that school districts preemptively purge their collections to avoid challenges. Among them:

— Palm Beach County Schools also reviewed and deleted two books about transgender youth, including one about a teenager from Broward who shared her story about surgeries and gender transition therapy.

— Brevard County Schools canceled their use of a math learning game and suspended all individual classroom libraries over fears it could fall on the wrong side of new laws.

Even more, Jonathan Friedman, director of free speech at PEN America, said “best practices” are not being followed in 96% of book challenges his organization has considered. He noted that many schools remove books as soon as they are challenged. And this poses a serious problem for the continued operation of school libraries.

“If you can drop 500 library book challenges and all of those books are immediately taken off the shelves, how can you possibly run a school library?” he asked rhetorically. “A modicum of due process is a fundamental necessity…to protect school libraries and student rights.

Sylvester Stallone as an aging hero in ‘Samaritan’ – Film Review