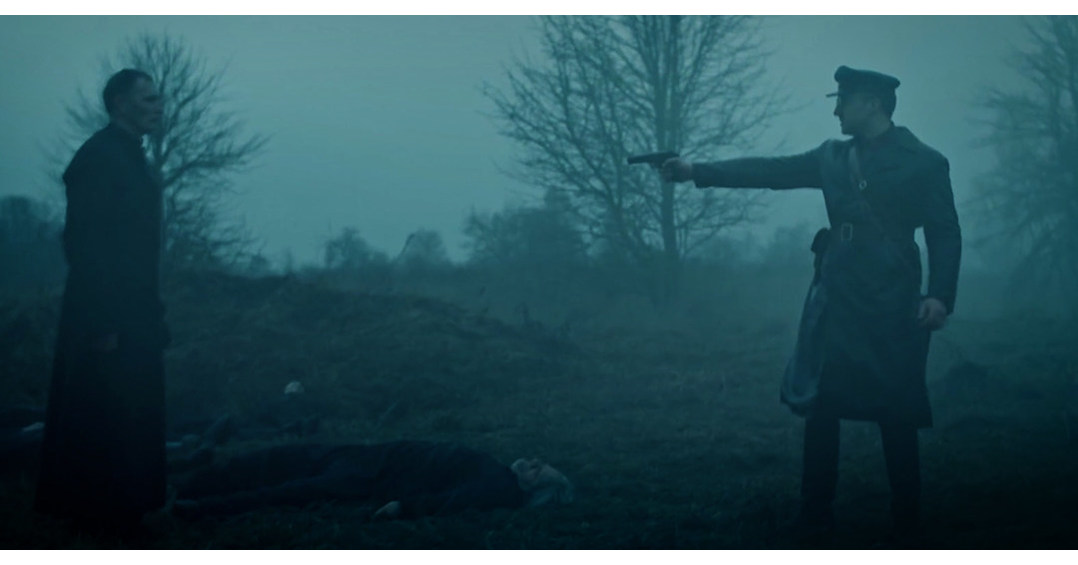 This exceptional one-hour film presents the true story of Father Sebastien Sabudzinski and the families of his small Catholic parish during Communist persecution. As the film begins, viewers see a roundup of priests walking through a forest where they have one last chance to renounce their faith. When there are no takers, all are shot by firing squad. But the story really begins in 1953 when a man, who had been taken from his family as a youth and interned in a concentration camp for 30 years, returns home to his family. The film then returns to 1921 and the events that led to the man’s internment.

“This film is based on real events and the stories of real people,” the opening credits read. “It is dedicated to all those who preserved their faith during the long night of communism.”

The film will bring many viewers to tears as they experience the emotional turmoil of those who were traumatized by the Soviets during the persecution. This should come as no surprise, as many Ukrainians were either alive during the Soviet persecution or descended from the persecuted.

Viewers will hear communist propaganda just as those who have experienced it have heard it. There was the propaganda before the repression, where people were sure that the Communists would bring a new world where no one was rich or poor; everything would be fair. And there was propaganda at the concentration camp, where songs about the glory of the Soviet Union were castigated over a loudspeaker even as the detainees were told they no longer had a name, but a number; they had no voice, but had to obey every order quickly and silently.

Viewers will also face repression from people sent to Siberia to attend a prayer service, wear a medal or own a Bible – and the agony of those who did not know if their loved one was alive or dead, or where they had been taken. Ukrainian Catholics risked their lives to rescue religious objects from their churches and to hide religious objects, even as their oppressors dug up the ground around their homes to ensure such objects were not present.

All this happens even before the story of the Father Sebastien Sabudzinski is introduced.

How did the Ukrainian people survive? Viewers will see that even though those holding a prayer service in a cemetery are either killed or sent to Siberia“faith and love for God were stronger than fear.”

Don’t miss this amazing film, which was supposed to premiere in June but was postponed to February due to the Russian invasion of Ukraine.

As the faithful say in the film, and today:“Praise be jesus christ.”“Now and forever!”

In its 40th year, EWTN is the largest religious media network in the world. EWTN’s 11 global television channels are broadcast in multiple languages ​​24 hours a day, seven days a week to more than 390 million TV households in more than 150 countries and territories. EWTN platforms also include radio services transmitted via SIRIUS/XM, iHeart Radio and more than 500 national and international AM and FM radio stations; a global shortwave radio service; one of the largest Catholic websites in the United States; electronic and print news services, including the Catholic News Agency, The National Catholic Register, and several global news services; as well as EWTN Publishing, its book publishing division.

“The Books of Jacob” by Olga Tokarczuk is finally here. We now know why the Nobel Prize judges were so impressed. | Culture & Leisure