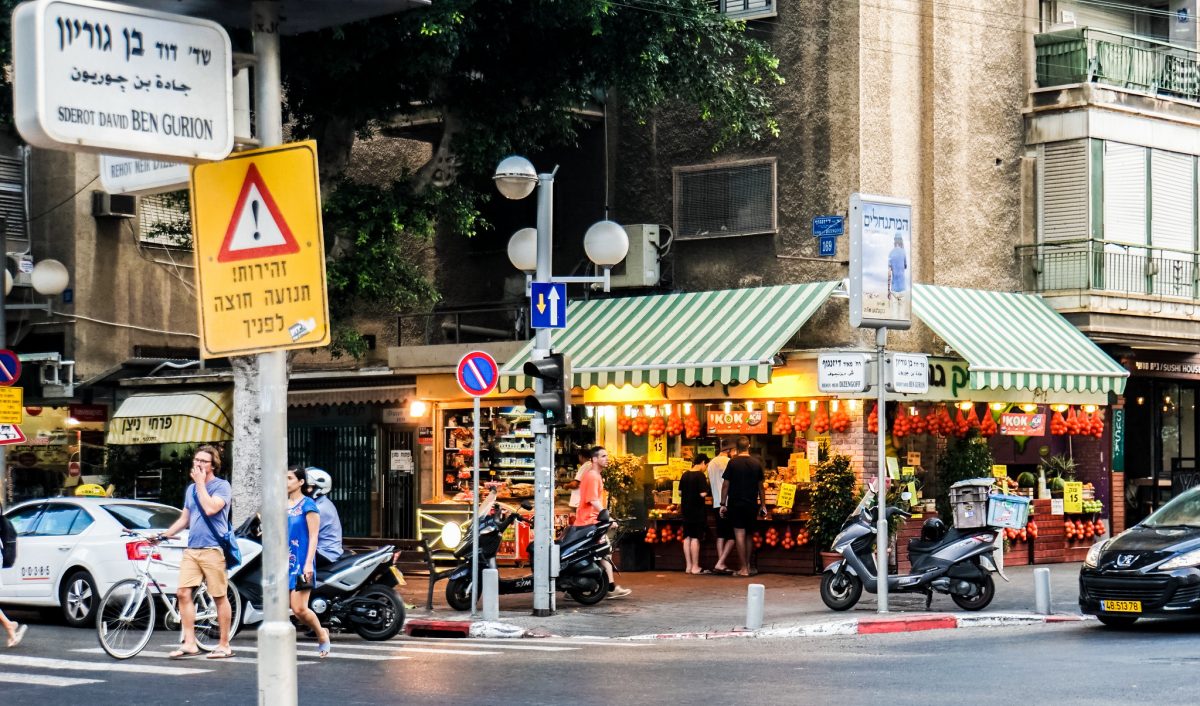 EEvery morning for 15 years, my father has sat at his usual corner table at Café HaMeshulash on Dizengoff Street in Tel Aviv. He is the first to arrive when the place opens at a quarter to eight. In the summer, he always drinks two cappuccinos and a soda. In winter, soda becomes a cup of ginger, lemon and honey tea. My father wears round glasses and holey shirts, reads an old, battered copy of Walter Benjamin The Arcades project, listens to David Bowie, John Coltrane or Debussy, and writes on his laptop. He is a professor of philosophy at the university.

The cafe is just a five-minute walk from Rue Spinoza, with its gnarled old ficus trees and pale Bauhaus buildings, where Kafka’s literary estate was hidden away for years in an apartment full of cats. Next to the cafe on Dizengoff Street is a small, crowded lamp shop run by Moshe – blind in one eye due to a work accident – who makes lamps and lampshades for the elite of Israel. Next to it was once a cookware store called Sir HaSirim (The Pot of Pots), as the name in Hebrew rhymes with Shir HaShirim, the biblical song of Solomon. But a few years ago, this pot was replaced by a brightly lit glacier. Across the street is a dusty lingerie boutique run by 80-year-old Miriam. And there are two rival juice stands, decorated with hanging baskets of oranges and pomelos, as well as a crowded seafood restaurant, with its perpetual smell of grilled octopus.

My father is one of the many regulars at the café on Dizengoff Street, customers who have been there for years. They’ve seen waiters and waitresses come and go, sometimes even becoming famous on shows such as Shtisel. As a teenager, I also worked at HaMeshulash for several months. It’s quite possible that I was the worst waiter in the history of the café, but I was lucky enough to meet some colorful characters. On Thursdays there is the parliament of old people, former civilian arms manufacturers for the military, and on Fridays there is a group of pensioners who worked at the electricity company. There are the two 90-year-old architects dressed in white, with white cloth shoes and white socks, who meet on Shabbat. There is the pair of black-clad Tarot readers with shaved heads, who are never satisfied with the texture and consistency of the tehina served as an accompaniment to their Israeli breakfast and keep sending it back to the kitchen. Finally, there is Yaakov, the happiest lawyer in the Middle East, who brings white jacarandas to all the waitresses and shouts every morning: “Life is beautiful! He never voted for the Knesset, but once in the municipal elections he wrote a love letter to his wife and slipped it into the ballot box.

My father will, as always, be sitting at his usual corner table, sipping his cappuccino and reading Walter Benjamin.

The owner of the cafe is Natan, a fan of Maccabi Kabilio Yaffo, which is one of the worst football teams in Israel. Natan calls himself a “schnitzel superman,” not to mention the fact that he’s a self-proclaimed guardian of civilization against pretentious boutique whiskey, organic salmon, and aged wine. In the middle of Dizengoff, one of the hippest streets in town, he laments, it still serves simple food: shakshuka, couscous, schnitzel and mashed potatoes. Behind the bar, he keeps a huge plastic bag full of cheap toys from the shekel store (an invisible magic pen, Passover-themed stickers, glow-in-the-dark jelly) to hand out to kids who come to the cafe with their Parents. But Natan is also working on a side project: a script for a television series about two SS officers who adopt Jewish identities and board a ship bound for Palestine at the end of World War II. He knows the plot and the actors of almost every movie and TV series in the world. In fact, to block out the neon lights of the nearby glacier, he put up a poster of his hero, Al Swearengen, the pimp and brothel owner of dead wood— in the window right next to my father’s corner table.

The cafe is filled with Elvis memorabilia. Once in a while, Natan throws an Elvis party. Elvis impersonators, wearing big white sashes and pompadour wigs, come on those nights to sing “Suspicious Minds,” swing their hips and shake their rubber legs.

One of the regular artists is Herzl, a well-known impersonator of the king of rock and roll. One year old on Elvis’ party, Herzl lost his white Elvis belt, with its gold eagle plastic buckle, at the cafe after a late night of drinking and singing off-key. The next morning, when he returned to the cafe, wig askew, to try and retrieve it, Herzl learned that his prized belt was missing and another Elvis impersonator had come earlier to claim it. With his suspicious mind, Herzl didn’t quite believe what he was told; he accused Natan of stealing his belt and he called the police. The investigator in charge of the case of Herzl’s missing Elvis belt went by the unlikely but possibly appropriate name of Zion. Now it was Herzl (named, of course, after Theodor Herzl, the father of modern Zionism) asking Zion for help. When Natan spoke to Detective Zion, he joked, “Herzl is still dreaming, Zion. yallacome down to the cafe and arrest me if you believe him. 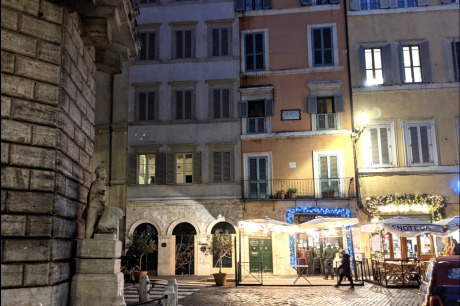 The case remains unsolved to this day. But maybe one day Natan will make a movie of it: The mysterious case of Elvis’ missing belt in Israel. It may or may not make it to the big screen. Either way, my father will, as always, be sitting at his usual corner table, sipping his cappuccino and reading Walter Benjamin. The lights will come on in the lamp store, half-blind Moshe will start tinkering with a lampshade, Miriam, 80, will open the lingerie store and sit down on her rickety wooden stool, and the morning regulars will begin to arrive at Cafe HaMeshulash.

This article was commissioned by Abigail Struhl.