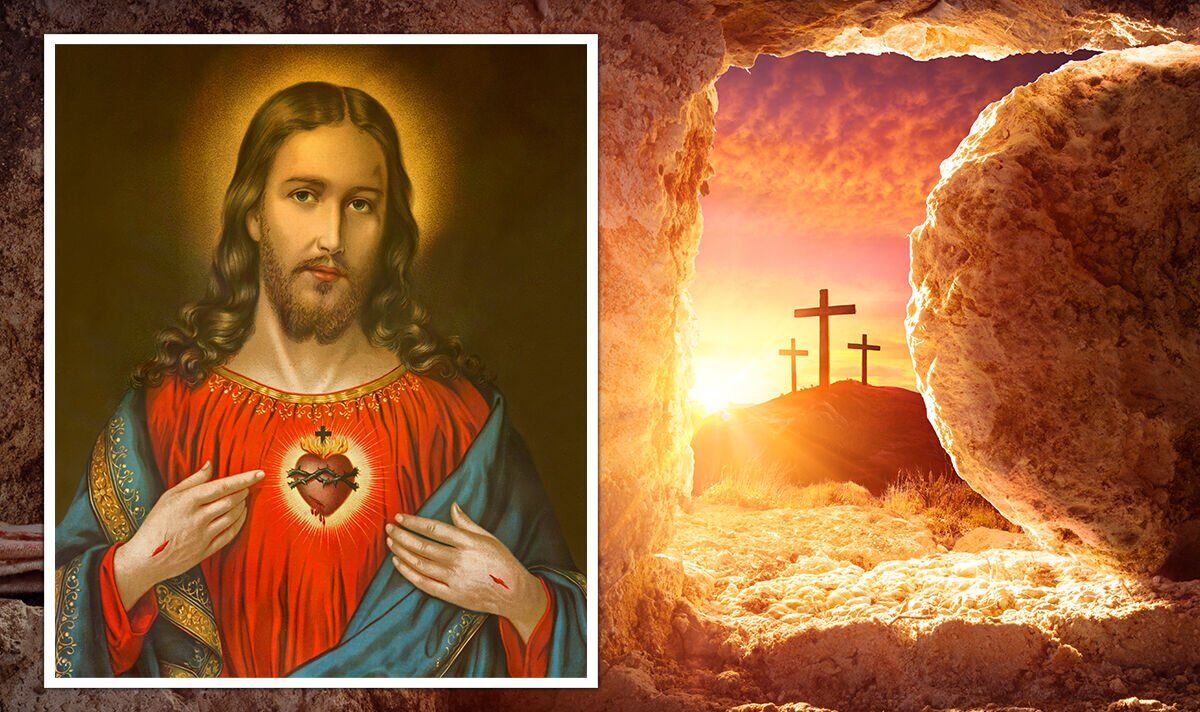 The miracle of the resurrection, described in the Bible, is the Christian belief that God resurrected Jesus on the third day after his crucifixion on Good Friday. The Bible tells how Jesus fell carrying the cross to his own crucifixion to Calvary, Jerusalem. He adds that after Jesus died, a Roman soldier pierced Jesus’ side with a spear, causing blood and water to spurt out.

Now, for the first time, a doctor-turned-priest has written a scientific paper explaining exactly what happened.

The Reverend Professor Patrick Pullicino, a former consultant neurologist at East Kent Universities Hospitals NHS Trust, has published his theory in the latest edition of the Catholic Medical Quarterly (CMQ).

He believes that Jesus died from a fatal hemorrhage caused by a dislocated shoulder while carrying the cross.

This comes after analyzing the work carried out by forensic and medical experts on the Shroud of Turin, also known as the Holy Shroud.

Reverend Professor Pullicino claims that the image on the shroud depicts a man with a dislocated shoulder.

But he feels that the shoulder was too far out of its socket for the right hand to stretch 10cm lower than the left.

When he was stretched for the crucifixion, he claims it would have ruptured a pair of arteries that supply blood to the head, neck, shoulders and arms.

This, he adds, would have caused massive internal bleeding, collapse of the circulatory system and, eventually, death.

This new theory, he argues, provides “genuine proof” of why blood flowed from Jesus when he was pierced by the centurion.

“Transferring weight to the legs on the exhale would reverse this stretch.

“This would cause the stretched subclavian artery to move over the surface of the rib with each breath and its underside would be subject to friction.

“This paper posits that over the course of three hours, the subclavian artery abraded, injured, and its wall attenuated until eventually the artery ruptured and profuse bleeding ensued. follow.”

As for the water, the Reverend Professor Pullicino maintains that it is cerebrospinal fluid, which has a translucent appearance, and that it leaked into Jesus’ upper lung.

Books for after the apocalypse | Books borrowed