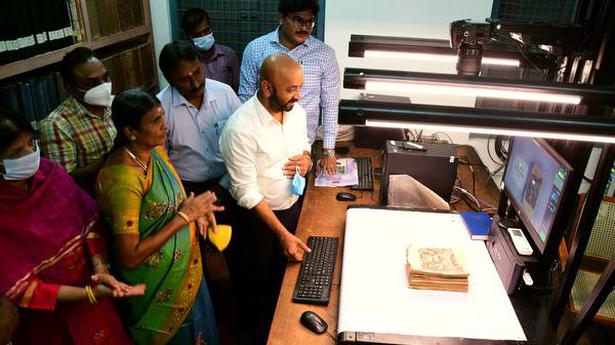 The work, under the state government’s Tamil Nadu Digital Library Project, is expected to be completed by a team of experts, led by Madurai District Library and Information Officer Yasodha from here. the next two months.

Speaking at the inaugural ceremony at the college premises, Principal Mr. Davamani Christober said that after digitizing rare books from Anna Centenary Library, Madurai Kamaraj University Library and Senthamil College of Madurai, work on books and palm scriptures from the American College Library was resumed.

“The Daniel Poor Memorial Library was established after an American missionary in 1915. It contains over 1.55 lakh of books,” the principal said. Among them would be The Holy Bible in Hebrew dating from 1720.

Stating that the younger generation, who are addicted to electronic gadgets, no longer come to libraries to read books, he said digitization would bring all the rare books to them through their cell phones and laptops and make them read.

Besides two senior college faculty members, Daniel Rubaraj and Justine Manohar would coordinate with the team. A separate room was provided with a scanner facility in the college premises to support the project.

The digitized books would be uploaded through the American College website for people around the world to access.