Dante, Elias, Jay and Silent Bob are enlisted by Randal after a heart attack to make a movie about the convenience store that started it all. 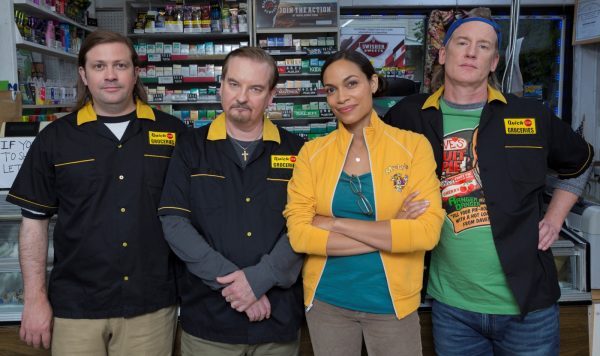 Everyone’s life is worthy of being a movie. That’s what writer/director Kevin Smith seems to believe, with a sequel decades later Clerk III centered on middle-aged Dante and Randal (still played by Jeff Anderson and Brian O’Halloran, both noticeably improved actors bringing their A-game here) making a movie about all the crazy, often juvenile nonsense they said or seen getting off at the Quick Stop convenience store they run.

Clerk III aims to show what it would have been like had Dante and Randal made these movies, which could have resulted in an indulgent, nostalgic travel disaster. Admittedly, there are times when Kevin Smith leans too heavily into this aspect, especially once the filmmaking process is underway and a good chunk of the midsection becomes a trip down memory lane. But he also has a personal reason for telling this story, which he derives from his experience of a heart attack or a real-life falling out with Jeff Anderson that was eventually fixed (which is why and how this film exists). Dante and Randal are still visited by Elias (Trevor Fehrman), who now has his own quirky sidekick from Silent Bob (Austin Zajur). During an exchange about the stupidity of the NFTS crypto-kite, Randal drops to the ground and is rushed to the hospital, where he learns he is having a heart attack. With his best friend Dante by his side, Randal’s insecurities and fears come to the fore as he looks at mortality.

Of course, there’s the usual rude humor expected, like Randal not wanting a nurse (Justin Long in one of the film’s many cameos) to shave his groin because he doesn’t want his best friend finds out he’s had a small penis the whole time pretending it’s huge. However, dialogue snippets like Randal question the point of being in your 40s and caring so passionately about nerd culture and whether it was a fulfilling way to live life pierces like a bullet given that the super geek Kevin Smith may have felt the same way. 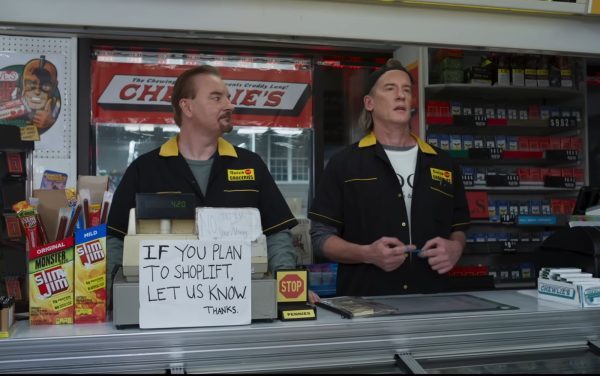 Randall survives and the hospital staff tell Dante he will have to be there for his friend. Naturally, a near-death experience mentally rewires someone, meaning Dante will be relied on to offer optimism and support. Randal describes the situation as having his life in front of his eyes, hence the idea of ​​translating all those wild and incredible convenience store encounters into cinematic arts. Sometimes it feels like Kevin Smith justifies his decision to take Clerks in the first place, but it also taps into something honest and heartfelt about a path he has traveled.

Dante wants to help, but he is also alone again in life. It followed a tragic accident that claimed the life of Becky (Rosario Dawson, appearing in some truly awkward fantasy sequences where she interacts and offers advice to Dante). As such, there are plenty of memories he doesn’t want to relive, which puts another fascinating twist on the dialogue surrounding this midlife crisis filmmaking venture. 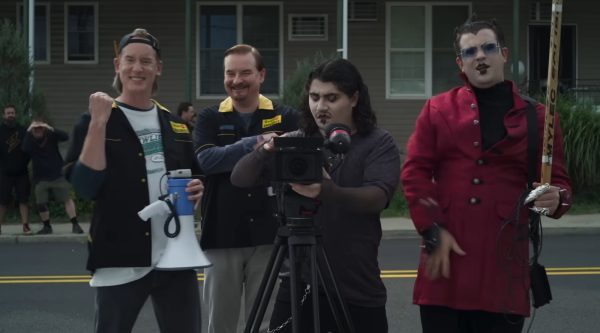 It also becomes increasingly irritating for Dante to bend over backwards for Randal, who soon becomes self-centered, demanding, and rude to his best friend. There’s enough heart to get by and, of course, several hilarious pop culture jokes. There’s also an audition segment that’s nothing more than an excuse to provide over a dozen amusing cameos for Kevin Smith regulars.

The movie itself is still fun, finding the humor in the situation while bringing back fan-favorite characters (Jay and Silent Bob, again played by Jason Mewes and Kevin Smith, also help in the directing process with the latter. embarking on a fierce rant about cinematography and artistic integrity). However, while heartfelt and ultimately moving, the endgame (see, I also have pop culture references, Kevin Smith) involves a rushed third act with back-and-forth character behavior that weakens the emotional impact. 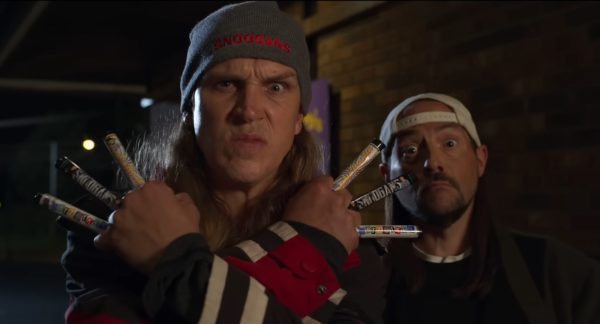 Clerk III is also a film that gives its opening credits to My Chemical Romance’s “Welcome to the Black Parade,” so even though it’s rough around the edges and messy, there’s a cheerful, brilliantly tailored soundtrack for the ensuing shenanigans and endearing bromance. Jeff Anderson and Brian O’Halloran are terrific, drawing laughs while cutting into the dramatic and existential heart of these adorably crude characters. It’s more in quality with Return of the Jedi that Return of the Kingbut I don’t think Kevin Smith would want it any other way either.

Robert Kojder is a member of the Chicago Film Critics Association and the Critics Choice Association. He is also the editor of Flickering Myth Reviews. Check here for new reviews, follow my Twitter or Letterboxd, or email me at [email protected]

Movie Review: ‘Honk for Jesus. save your soul