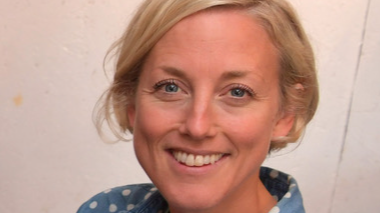 The owner of an independent cinema has been fined £ 15,000 ($ 20,300) for breaking the coronavirus rules and remaining open to showing a film about the plot.

Anna Redfern kept Cinema & Co in Swansea open when she was ordered to shut down and even play and vowed to ‘take a stand’ against the Covid pass program.

She was told she had to obey the rules, but ignored a judge’s directive to close and reopen instead.

Now the owner of the business has been brought back to Swansea Magistrates ‘Court on charges of refusing to follow public health rules, designed to stop the spread of Covid-19 which has been described as’ willful and concerted ”.

Cinema & Co, which also hosts a variety of events and rallies, was initially ordered to shut down by Swansea Council and Welsh government officials on November 19 for alleged violations of Covid rules.

On November 30, a court judge dismissed his appeal to dismiss his case and ordered instead to follow Covid-19 regulations and adhere to the council’s closing order.

The day after the trial, Cinema & Co appeared to reopen and host a Christmas movie screening for those who booked online.

According to the BBC, one of the films shown was called A good death and was directed by Jaymie Icke, son of conspiracy theorist David Icke.

Last week Cinema & Co announced it would be canceling its film program for the rest of the year to deal with family reasons.

Swansea’s board, however, said it was taking no chances and on December 11 bolted the company’s shutters to the ground.

When Ms Redfern appeared in court, a handful of supporters were also outside – including one holding up the ‘medical apathy is bad’ sign.

Ahead of the hearing, a press release issued by Mr McEvoy on behalf of Ms Redfern promised that the owner of the theater would plead “not guilty” to all charges.

However, hours later, Ms Redfern admitted to District Judge Neale Thomas that she had been in contempt of court.

During the hearing, the court learned that there had been more than 70 complaints about Cinema & Co to the board.

These were observed by various employees of the local authorities, but also by clips on social networks published by the defendant herself indicating that she “did not intend to comply”.

Defense lawyer Jonathan Gwyn Mendus Edwards asked the court to be lenient with his client, saying: “My client runs a small independent cinema and under these circumstances it is not a source of wealth.

“My client doesn’t run it primarily for profit. My client is someone with many other laudable attributes. A lot of his movie shows are free to the homeless.

District Judge Thomas said it was clear Ms Redfern had broken the law.

He said: “There is no justified contempt of court and the problem that arose between the two parties has been overcome by the imposition of this order.

“Court orders are there to be obeyed, compliance is not an option.”

She has 56 days to pay. The accused thanked the judge as she left the court.