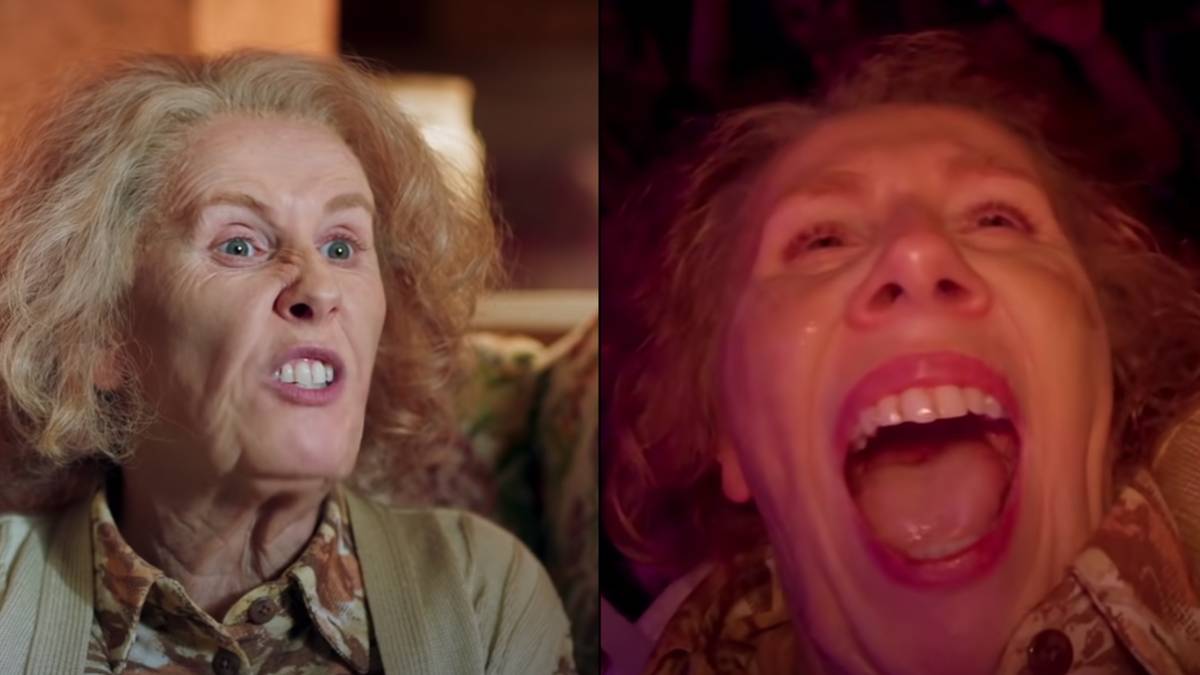 Catherine Tate brings back an iconic character in the first trailer

Catherine Tate has taken on one of her most iconic characters for a new film. Watch the trailer for Nan movie below:

A spin-off of the comedian’s BBC sketch show, The Catherine Tate Show, it sees the return of rude retiree Joannie Taylor.

Like many films over the past two years, its release date has been delayed due to the coronavirus pandemic, but it will now land in cinemas on March 18.

The film centers on Tate’s character, Nan, who sets off on a journey across the UK and Ireland with her hapless grandson in search of her estranged sister.

The synopsis reads: “Catherine Tate’s iconic character, Nan, appears on the big screen as she sets off on a wild road trip from London to Ireland with her grandson Jamie (Mathew Horne) to make amends with her sister Nell (Katherine Parkinson).

“An origin story that blends Nan’s present with her past where we finally find out what made her the cantankerous old slut she is today.”

Ever since the movie trailer was released, fans have been sharing their excitement for Nan’s return.

One user said, “This is amazing, can’t wait!”

While another added: “There’s a Catherine Tate Nan movie coming out and I can’t wait!!”

With the character being a fairly offensive old woman, Tate has been criticized in the past.

Before a Christmas special a few years ago, the show was heavily criticized for jokes about a Muslin character.

During the episode, Nan spots a man wearing a prayer cap and carrying a bag.

He then remarks, “Okay. No sudden moves. If this one has anger issues, we all have issues. I think we all stay calm.”

Responding to criticism over the comments, a BBC spokesperson said at the time: “Nan is a comedy character well known to BBC audiences for his outrageous opinions, language and behaviour.

“His views are not in tune with a more enlightened world, as the program makes clear.”