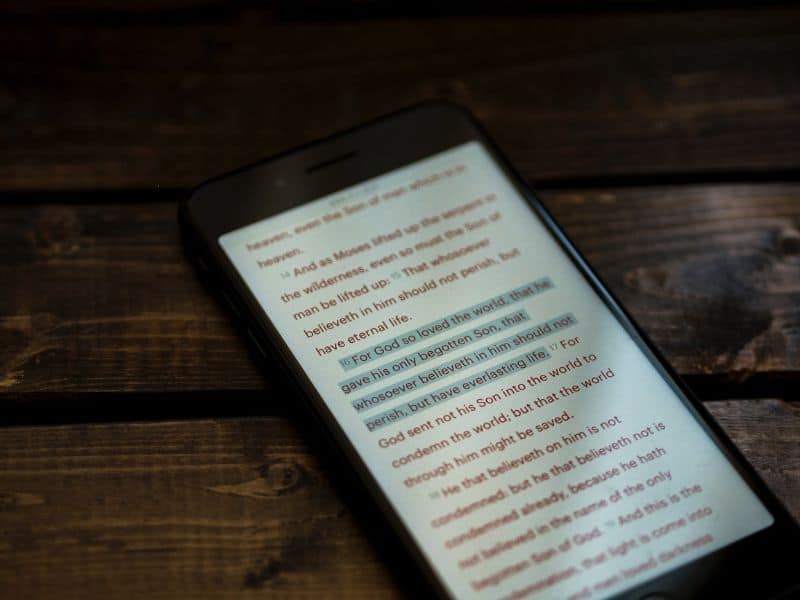 A Canadian atheist tried to refute his father’s faith, so he downloaded a Bible app to find mistakes. Instead, he was drawn to Jesus and transformed.

YouVersion Bible App creator and founder Bobby Gruenewald told Billy Hallowell FaithWire about Scott, the fantastic conversion of the atheist. “He downloaded the [YouVersion] Bible application for the purpose of disproving his father, who was a Christian,” Bobby said. “He basically meant, ‘Listen, I’m reading the Bible and I’m going to show you why what you believe is wrong. “”

But what turned out to be a beautiful transformation from a lost son to a child of God. “[Scott] began to see the voice of God in the scriptures,” Bobby continued.

“God literally used him to read the Bible app in an attempt to disprove his father’s religion to lead him into a relationship with Jesus. It just shows the transformative power of the scriptures.

Today Scott has become a believer and a follower of Christ.

Scott’s story is just one of millions Bobby and his team have heard. God used the YouVersion Bible app to reveal Himself to His lost children and led many into a relationship with Christ.

And this week, YouVersion hit a milestone with 500 million installs.

“We really feel blessed to be part of something God has made. It’s one hundred percent something that God did. It’s pretty clear that it’s not something we would be able to do on our own,” Bobby explained.

His team has seen an increase in the number of Bible readings over the years, proving today’s problem that biblical faith is dying.

“The Bible is alive. We see people turning to his word in large numbers.

Statistics showed Bible reading increased to 21% in 2021 compared to 2020. The growth increased dramatically during the pandemic as people turned to God’s word in times of uncertainty.

With the current trend, I believe that God is really setting up something that will shake the world. Revival happens to all generations.

Start your day with God and the GOD TV team. Get a daily 2-3 minute devotional and encouragement video straight to your inbox.