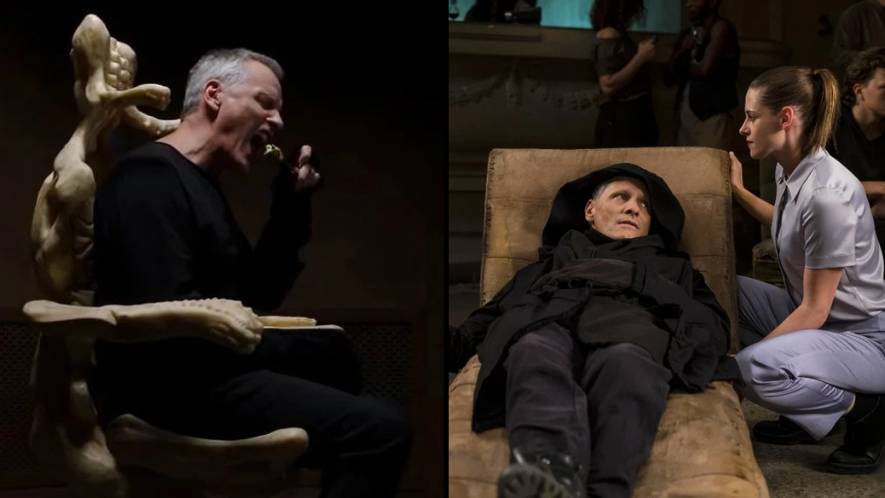 David Cronenberg’s Next Horror Movie Future Crimes caused the walkout of the spectators during its screening at the Cannes Film Festival.

The film premiered at the invitation-only festival on Monday, May 23 with several scenes seemingly too much for viewers, with reports from IGN indicating that the majority of the walkouts happened within the first five minutes.

However, according to Variety, the film might be one of the most polarizing titles of the year as it also received a seven-minute standing ovation.

After the response, Cronenberg told the audience, “I’m very touched by your response. I hope you’re not kidding, I hope you mean it.

The mixed response from the crowd was half-expected by the director himself, who expected many people to be “repelled” by the film.

During an interview with Deadline, he explained, “There are some very strong scenes. I mean, I’m sure we’ll have some walkouts in the first five minutes of the movie. I’m sure.

“Some people who saw the movie said they thought the last 20 minutes would be very hard on people and there would be a lot of walkouts. One guy said he almost had a panic attack.

Cronenberg had even hoped Cannes viewers would opt out of the viewing, seeing it as a badge of honor.

He continued: “But I’m not convinced that it will be a general reaction. I expect walkouts in Cannes, and that is something very special.

David Cronenberg predicted there would be
to be walkouts in Cannes during CRIMES DU FUTUR, and I counted about fifteen who came out during the first press screening of the film. Maybe walkouts are the new standing ovation!

“People always get out and the seats notoriously slam when you get up, as the seats fold down and hit the seat back.”

Cronenberg has a mixed history with the Cannes Film Festival.

In 1996, the premiere of Accident was booed by viewers as they stormed out of the theater, while Map to the stars in 2014 received a much more favorable reception.

However, it seems Cronenberg had exactly the reaction he was looking for with Crimes of the future.

The first disturbing trailer was released last month, with the following synopsis: “As the human species adapts to a synthetic environment, the body undergoes new transformations and mutations.

“Accompanied by his partner, the famous performance artist Saul Tenser stages the metamorphosis of his organs.

“Meanwhile, a mysterious group is trying to use Saul’s notoriety to shed light on the next phase of human evolution.”