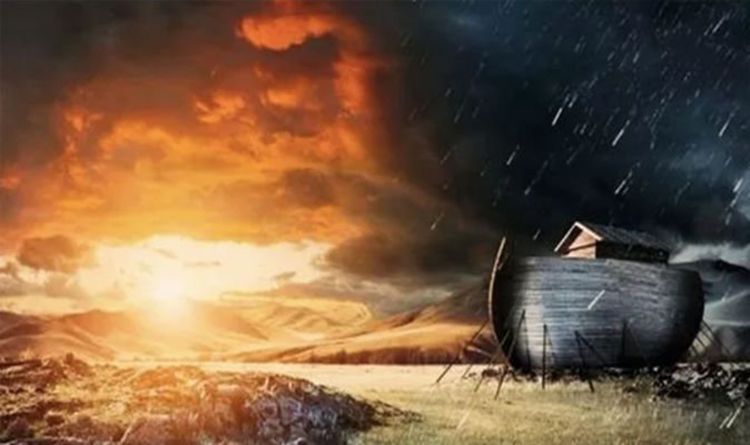 In the book of Genesis, God despairs of human corruption and decides to flood the Earth, ordering Noah to build an ark to save himself, his family, and a pair of each animal species. The famous biblical tale could have happened – suggest the researchers. They claimed that during a period of warming in the Earth’s temperature cycle around 5600 BC, the melting glaciers caused an influx of seawater from the Mediterranean. It crossed the Bosphorus Strait in Turkey – the mainland at the time – to the Black Sea, turning it from a freshwater lake into a vast saltwater inlet.

In 1997, relying on archaeological and anthropological evidence, Colombian university geologists William Ryan and Walter Pitman claimed that “ten cubic miles of water poured out every day” and that the flood continued for at less 300 days.

Over 60,000 square miles of land were inundated and the lake’s level rose several hundred meters after it merged with the Mediterranean, triggering massive animal migrations across Europe.

The researchers, whose findings were supported by carbon dating and sonar imaging, claimed that the story of Noah’s Flood had its origin in this cataclysmic event.

However, Jun Abrajano, professor of earth and environmental sciences at Rensselaer, published research in 2002 claiming to refute the theory.

He said: “For the Noah’s ark hypothesis to be correct, it must be speculated that there was no water flow between the Black Sea and the Sea of ​​Marmara before the great speculated flood. .

“We found this to be incorrect.”

Archaeologists have long sought to explore the most famous stories in the Bible – and a group of evangelical Christians were convinced they had found the remains of Noah’s ark.

They explored the Mount Ararat region in Turkey and said they were convinced they had found the remains of the famous biblical vessel.

Paul Zimansky, an archaeologist specializing in the Middle East at Stony Brook University in New York State, said: “I know of no expedition that has ever looked for the ark and did not find it.”

Biologist and director of the Center for Origins Research, Tom Wood also said he doubts the discovery.

Mr Wood, also a creationist, referred to radiocarbon dating and concluded that the wood found was not old enough.

He said that “if you accept a young timeline for Earth … then radiocarbon dating needs to be reinterpreted” because the method often gives dates much older than 6000 years.