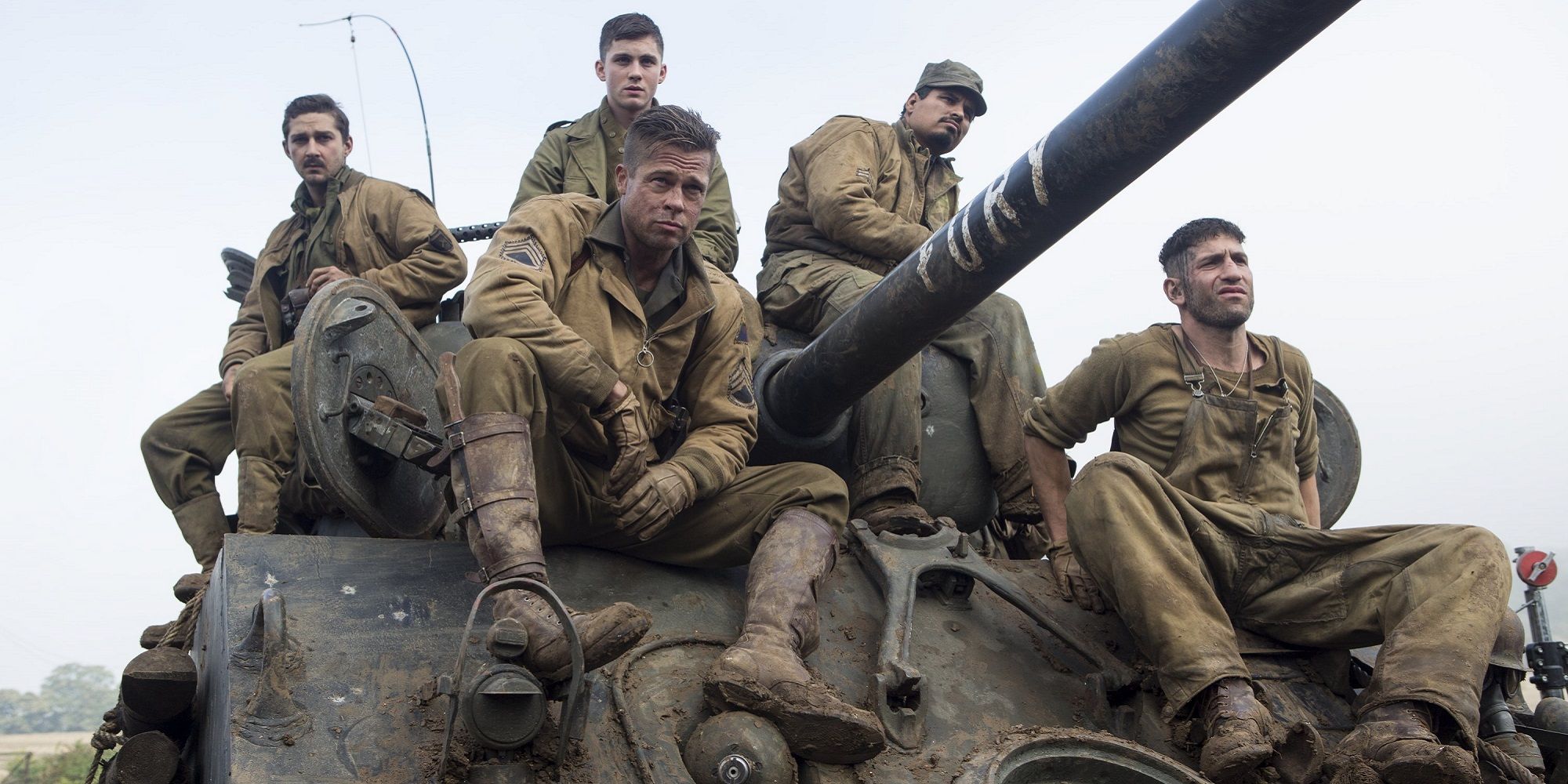 Brad Pitt has broken up a fight between actors Shia LaBeouf and Scott Eastwood on the set of the movie Fury, following a misunderstanding during filming.

Brad Pitt stopped a fight between co-star Scott Eastwood and Shia LaBeouf on the set of the movie Fury. David Ayer’s raw and violent war film was released in October 2014 to critical and commercial acclaim, grossing over $211 million worldwide and holding a 76% Rotten Tomatoes approval rating. Fury features an all-star cast, including Brad Pitt, Shia LaBeouf, Scott Eastwood, Logan Lerman and Jason Isaacs. The film follows American tank crews fighting in Germany at the end of World War II, and the film has been noted for its authentic portrayal of wartime conditions and tensions.

Pitt and LaBeouf were cast in April 2013, in the roles of “Wardaddy” and “Bible” respectively, while Eastwood signed on in August, playing the character of Sergeant Miles. Filming took place primarily in the UK, while boot camps were held for four months prior to filming by real Navy SEALs to ensure the actors were properly prepared. In effect, training day Director Ayer sought to make the film as authentic as possible, and this extended to the behavior he encouraged among the actors, including pushing them to physically fight, insult each other, and live together in the tanks for long periods.

Perhaps unsurprisingly, the conditions led to some tension on set, and one of the most well-known was an altercation between LaBeouf and Eastwood, which nearly ended in a fight until Pitt intervened. In an interview with Initiated, Overdrive The Eastwood actor talked about a scene in the movie where his character chews tobacco and spits on the tank. Not realizing it was a scripted part of the film, LaBeouf objected, causing tension, before Pitt had to intervene. Read Eastwood’s comments in full below:

“[LaBeouf] got mad at me and it turned into a volatile moment in which Brad Pitt finally found himself in the middle. I never think your process as an actor should get in the way of how people are treated on set. It should always improve production, not take away and put people in a situation where it’s a shitty work environment or you’re being rude or people must be in an uncomfortable situation.”

Film sets can often be chaotic and stressful, with often grueling conditions and schedules for talent, and it’s easy to see why tensions may have boiled over. War films already deal with harrowing subject matter, and production can take a mental toll on actors, so friction between co-stars isn’t exactly uncommon. Eastwood’s comments suggest there was no shortage of friction on the set of Furyand no doubt Ayer’s approach to filming played a part in that.

It should be noted that the film was a success and was widely well received, suggesting that Ayer’s unorthodox approach was justified. Whether or not tension persists between Eastwood and LaBeouf remains to be seen, but they haven’t worked together since, and Eastwood’s comments would suggest he didn’t approve of LaBeouf’s behavior on set. The Peanut Butter Falcon Actor LaBeouf hasn’t spoken about the altercation, and with LaBeouf’s schedule, it seems unlikely he will talk about it anytime soon. The overall experience must have been positive because, following the success of Furyall three actors appeared in later war films, with Pitt starring in War machine and AllyEastwood in the outpostand LaBeouf in A man of the sea.

Next: Every Clint & Scott Eastwood Movie

Matthew Biggin is a freelance writer and a new addition to the Screen Rant team. With a freelance background since 2008, Matt has also worked as a screenwriter and script editor, as well as contributing to film and TV blogs. Based in London, UK, Matt lives with his wife and twin daughters, whom he enjoys featuring in movies and TV shows. His three favorite movies are Star Wars, Back to the Future and On the Waterfront. His favorite TV show is Buffy the Vampire Slayer, and he sorts through Ravenclaw.