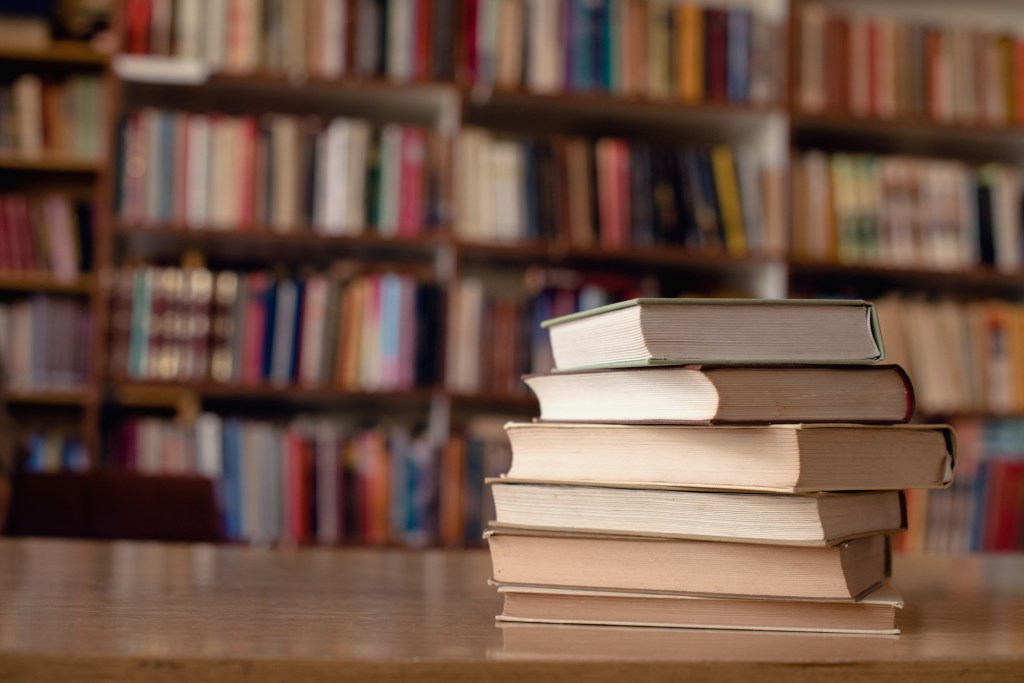 It took several years, but I just finished reading Kremlin Rising: Vladimir Putin’s Russia and the End of Revolution and I’m pretty proud of myself.

Since I started reading the book – which was excellent, by the way, and which underlined how Putin is not a person for American leaders to emulate – I have changed jobs twice, moved three times, bought a house, got engaged and married.

Oh, and we had a global pandemic. And Putin invaded Ukraine.

If the book had been 100 more pages, maybe I could have added authorship to the list. Another 200 pages might have gotten me through retirement. Anything more than that and maybe I should have ended up from beyond the grave.

Russia’s invasion of Ukraine was an unintended violation of one of my main purposes for reading: to think about something other than current events. Rude.

The time it took to read this book says more about my reading habits than the book. I play in the field, reading several books at a time. I’m also a binge reader, so I read obsessively for a while and then Netflix caught up.

Putin’s book, written by Peter Baker and Susan Glasser, isn’t the longest I’ve ever finished – that accolade is held by Baker’s Days of Fire, then probably Bonfire of the Vanities and East of Eden. Although due to a troublesome dust allergy I read on an iPad, which really makes the length of the book relative.

Usually I finish the books much faster or give up. So many times I wanted to quit, but I persevered, unlike when I tried Infinite Jest (too slow, too dense), The Corrections (small print, too slow) and Master of the Senator (let a friend borrow it while reading, but also too long).

When I say too long, I mean too long to go. That’s why I’ve never read Moby Dick, which I’m told is a hundreds of pages introduction to a whale story.

My other much more pressing reason to read is that my brother and I are trying to read 1,000 books in our lifetime and we are in a fierce competition to see who gets there first. I was ahead of him by about 50 pounds when I started Putin’s book. But I slacked off and he passed me by about 200! And he reads a lot of easy books about vampires or ghouls or whatever, so he skims through them pretty quickly.

So I’m motivated to win and I finished about 30 pounds in the last month. Many were just completions of stalled efforts, like Putin’s book and other gems like High Fidelity, Meditations, On the Wealth of Nations, Land of Lincoln: Adventures in Abe’s America, and Autumnal Tints, but many were new – As I Lay Dying, Down and Out in Paris and London and Hamlet.

As part of my open arrangement, I’m also mingling with spiritual books, a group that recently included: The Prodigal God: Reclaiming the Heart of the Christian Faith, Not a Fan, The Prodigal Prophet: Jonah and the Mystery of mercy of God and Judges for you.

And I should mention that I commit daily to reading the Bible over the course of a year. It will therefore be one more title by the end of the year. Who said I couldn’t worship my savior and defeat my brother right now?

And size doesn’t matter here. My definition is anything over 20 pages and has a beginning and an end – except for Mount Analogue, which was published even though the author died before the end.

For my purposes, The diamond as big as the Ritz, A question of interpretation: the federal courts and the law or The Little Prince all have the same value.

I don’t let politics get in the way. I loved Lena Dunham’s Not That Kind Of Girl and Alexandra Petri’s Nothing Is Wrong And Here Is Why as much as Matt Labash’s Fly Fishing With Darth Vader and PJ O’Rourke’s Parliament of Whores.

And I boldly read banned books, like Beloved, Huckleberry Finn and To Kill a Mockingbird – at the rate society is going, the only books that won’t be banned are Eat, Pray, Love and the owner’s manual of my car. Jeep.

I’m not too good at impulse purchases at airports like Angels & Demons and Deception Point, but I also touch the tough stuff, like A Portrait of the Artist as a Young Man and The Politically Incorrect Guide to Socialism.

I even read biographies and autobios from time to time, from Common to Claire McCaskill, Tina Fey, John Adams, William F. Buckley, Dick Gregory, Ronald Reagan, Bill Russell, Tiffany Haddish and Amy Poehler. Ok, I basically read about politicians, comedians and artists. But there are many.

As a child, I couldn’t put down books by Stephen King and Clive Barker, often disobeying my mother by reading by night light after bedtime. As an adult, books remain my escape – and it works.

When I feel overwhelmed, I lose myself in a good book and temporarily forget all the things that divide our society. Books never lose their magic.