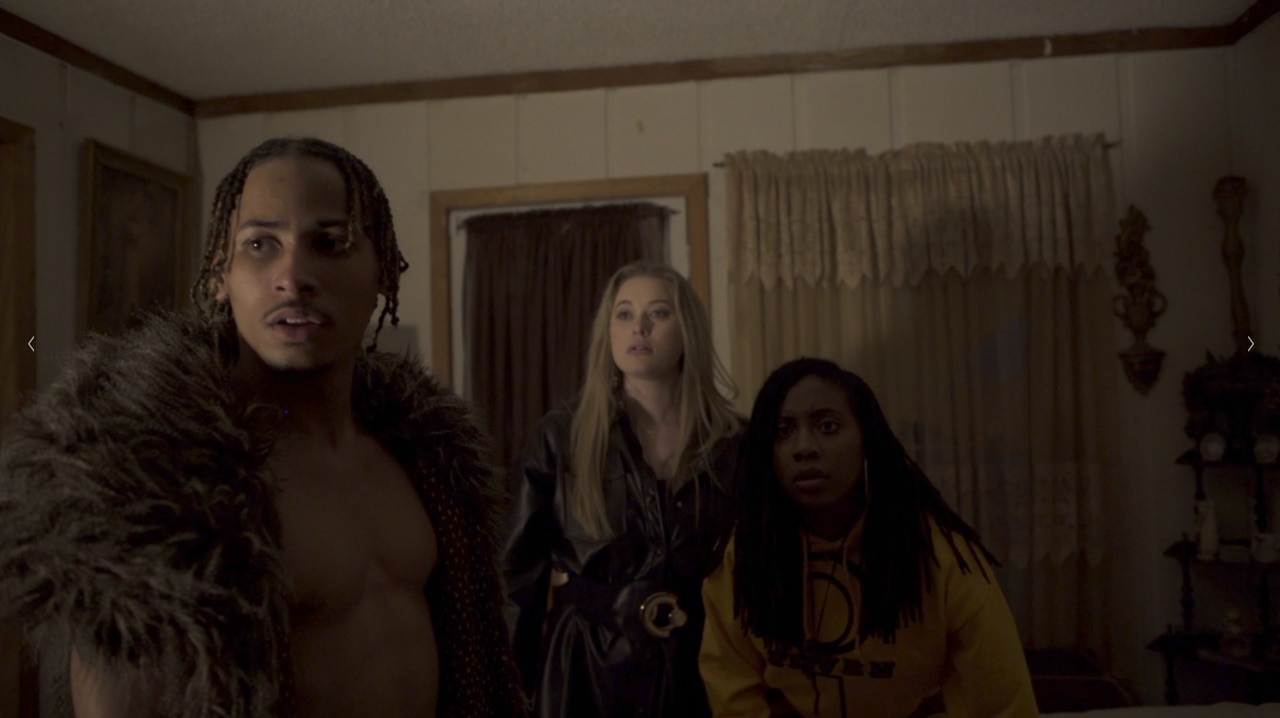 Can you imagine a future where dreaming would be illegal? Jurian Isabelle did. The Huntsville, Alabama-based filmmaker has created that future in his new film “God of Dreams.” Currently streaming on Amazon Prime, “God of Dreams” is set in a dystopian South, where a group of young outsiders take a stand against an oppressive government.

It’s a relatable theme in a present clouded by social injustice and turbulence. Still, Isabelle says, “I hope people don’t think I’m just trying to push socio-economic buttons or something.” Isabelle, who is black, adds: “This film is beyond skin color, beyond gender, beyond what you have and don’t have. He taps into something higher than all that.

No, it won’t just be white people with guitars at the Orion Amphitheater

How the 90s Changed Everything About Almost Everything

Isabelle has been fascinated by dreams and cinema all her life. He read about lucid dreaming as a child, and by age five he was creating homemade disaster films using his tech-obsessed father’s video camera.

More recently, Isabelle says he had had “a lot of prophetic dreams”. This inspired him to do research online. A man of faith, Isabelle came across biblical passages depicting the heroic character of Daniel’s dreams. “I always thought of Daniel in the lion’s den,” Isabelle tells me, “but I never really knew him as the dreamer. So I started reading and I was like, ‘Wow this guy has a dream journal and everything. It’s super cool.'”

For “God of Dreams”, Isabelle wanted to create a “spiritual film that does not give the impression of being in church”. In a blur of inspiration, Isabelle wrote the 90-page script in just four days, around the time the pandemic was shutting down much of public life. He says the script “came so fast it was almost like it had been downloaded. I actually didn’t know how it was going to end until I finished it.

With previous feature films including 2019’s drama “Candy,” Isabelle says a studio was going to be involved in “God of Dreams.” He wrote the screenplay with a studio-supported budget in mind. But then, according to Isabelle, the support from the studio fell through. With a crew of just about five people, Isabelle shot “God of Dreams” in Huntsville in just 12 days last March, using a DSLR camera.

It says a lot about Isabelle’s talent as a filmmaker that even though the budget was small, “God of Dreams” looks huge. He doesn’t hesitate to thank producer Joe Langford and Isabelle’s two brothers for helping to get the vision across. David Isabelle was set designer and Jeremy Isabelle coordinated the talents, while both were associate producers. “They were really supportive and protective of me,” says Jurian, whose first name beats Duran Duran.

Isabelle specifically wanted to shoot in Huntsville in March because “the weather we get here has the vibe of an oppressive atmosphere. The horizon is crazy and stormy. Time is almost like a character,” in “God of Dreams,” he says.

For “God of Dreams,” Isabelle was able to cast several experienced actors, including Omar Cook, known for his role as Troy on the CW’s high school football drama “All American.” Local actors like Elena Ontiveros were also among the approximately 25 actors. Isabelle says the juxtaposition of Hollywood and Huntsville gave the performances an added dimension. He also believes that due to the pandemic that has slowed down film and television production for the past two years, many Hollywood actors are now more willing to work on smaller independent films like “God of Dreams.”

Isabelle was thrilled the cast included Ann Newby, who previously starred in Isabelle’s 2016 film “The Last Disciples.” Nesby is the Grammy-winning vocalist of 90s R&B/gospel group Sounds of Blackness. His many acting credits include the 2003 Cuba Gooding/Beyonce Knowles comedy “The Fighting Temptations.”

Nesby says she signed on to “God of Dreams” because she felt a “really good connection” with Isabelle. “I’m really impressed with Julian’s commitment to his craft,” she says, “and his determination, his foresight and his way of working. He has such drive and vision. Drawing inspiration from actors/musicians like Diana Ross and Melba Moore, Nesby is based in the Atlanta area.

In “God of Dreams”, Nesby portrays the patriarchal character Grandma Mae. She hopes the film’s storyline will inspire viewers. “It’s about being able to make your own decisions and being free to decide what your life will be like,” Nesby says, “despite everything that’s going on around you.”

“I’m a product of the golden age of hip-hop,” says Isabelle. “So I was just inspired, it’s like Missy Elliott, or the Busta Rhymes clips like Steven Spielberg. Probably more because in those days you didn’t see images of African Americans like that…This avant-garde visual genius.

A 2003 Johnson High School graduate, Isabelle studied film at California State University in Los Angeles. Upon his return to Huntsville, he found himself with a job at a local television station that did not suit him.

His goal for “God of Dreams” is to connect with enough people — and these days that often means getting picked up by Netflix or Hulu — that allows him to keep making movies. “I hope it will reach the masses,” says Isabelle. “But really, my hope is that (the film) opens up dialogue and discussion, and that people take something away from it on a personal level.”

Life and Books with George Yancey

What is the credit score? And how does it help in quick approval of payday loans?