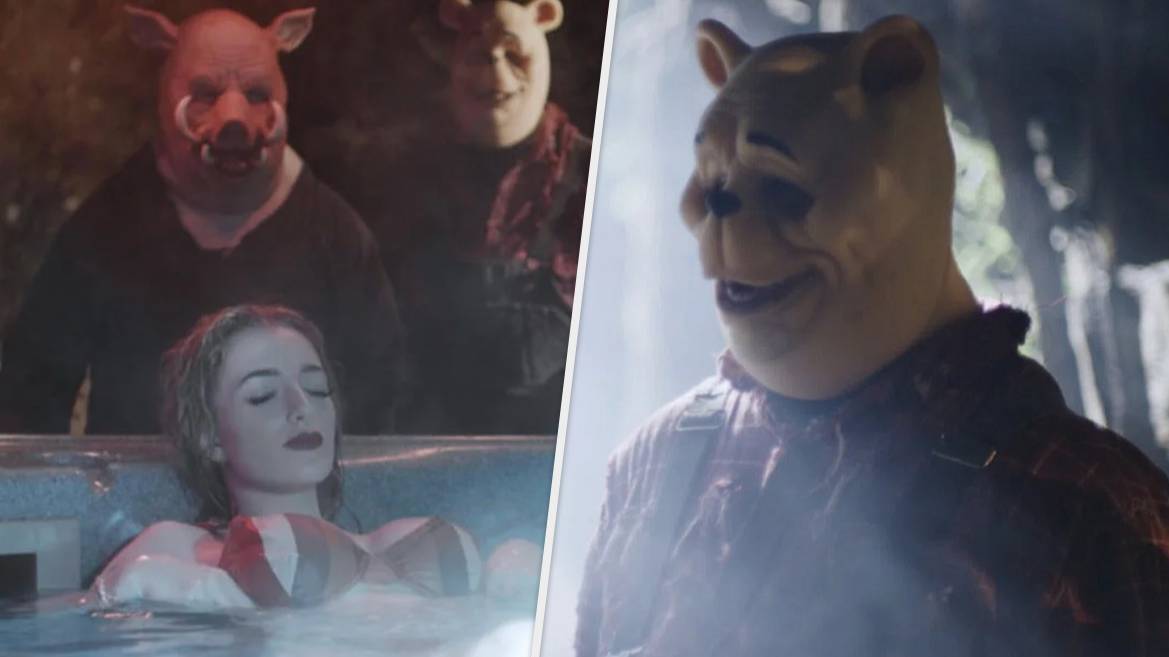 A Winnie the Pooh Horror Movie Is Coming, and It Looks Deeply Disturbing

Here’s something you might not know: In January of this year, Winnie the Pooh officially became public domain.

Between 1961 and 2022, Disney was the sole owner of the rights to beloved AA Milne characters, and the only company licensed to release TV shows, movies, and other merchandise based on the silly old bear.

No more. Now that Winnie and the gang have passed into the public domain, just about anyone can attempt to bring it to the screen. But why try to perfect the Disney family character when you can just turn Pooh into a creepy, terrifying serial killer?

If you prefer your Disney characters to be warm and fuzzy, check out Disney Valley of Dreams below:

This is the idea behind Winnie the Pooh: Blood and Honey, an upcoming horror flick from director Rhys Frake-Waterfield that reimagines the beloved bear as a masked man who stalks his victims before savagely murdering them. I’m sure Disney is happy about that. Of course, they can do absolutely nothing.

There are no plot details or trailer yet, with the film’s IMDb page only noting that it’s a “horror tale from the famous legend of Winnie the Pooh.” . A small handful of images show a man in a twisted version of Winnie The Pooh costume hiding in the dark. There’s even a shot of someone in a piglet mask looming behind an unsuspecting victim, suggesting this murderous bear won’t be acting alone.

We will keep you posted with more information on Winnie the Pooh: Blood and Honey as soon as we get it, but it seems pretty clear that it’s going to take our love for Disney’s cuddly mascot and completely destroy it. I can not wait.