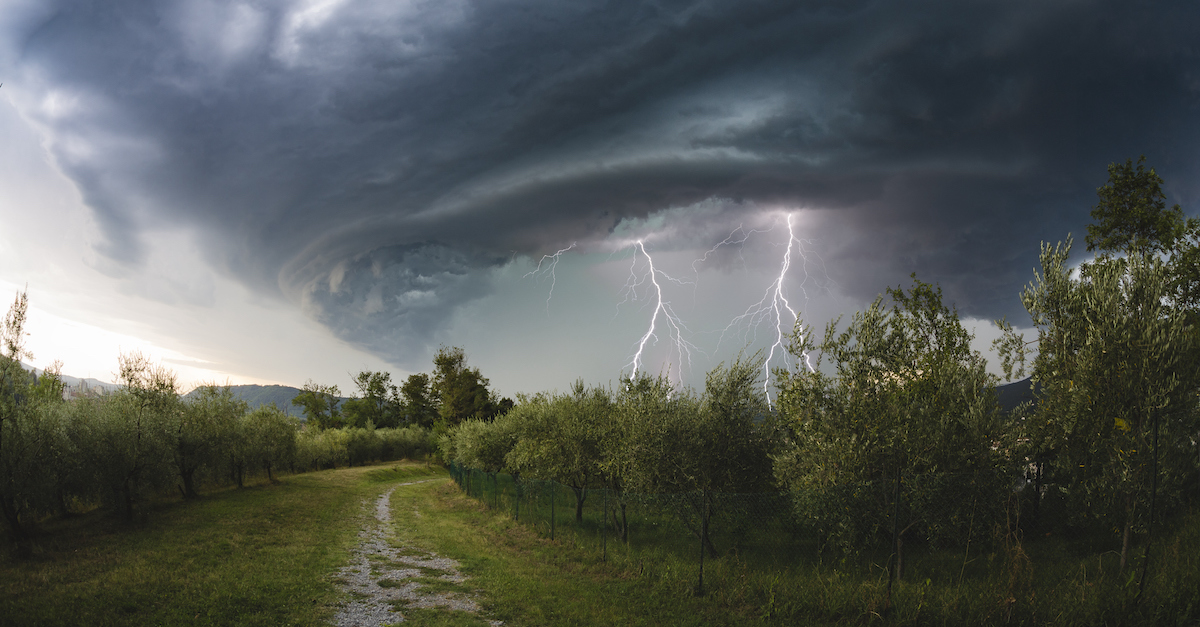 10 plagues from the history of the Egyptian Bible

The 10 Plagues of Egypt are gripping stories of religious schools and dramatic film performances as Moses leads the Israelites to freedom. We memorize the plagues as if one day there would be a quiz (keep reading, there might be!). And they are remembered every time God’s disciples celebrate the Passover. But are the plagues of Egypt more relevant than we initially think? Could they also foreshadow future events and even deliver a message about the danger and daring of idolatry?

What are the 10 plagues of Egypt in the Bible?

In Joseph’s time at the end of the book of Genesis, the Israelites had found provisions in the midst of the famine in Egypt. Joseph, one of Jacob’s 12 sons, had become the second in authority in the land. He forgave the brothers who sold him into slavery and asked them to move their father and all their people to Egypt so that he could care for them. As Genesis comes to a close, all looks good in the relationship between Egypt and Israel.

At the opening of the Exodus, however, generations lived and died in Egypt. At one point, the Israelites reached such numbers that they were a threat to Egypt and thus became slaves. Now they are suffering under Pharaoh, but God hears their prayers, and Moses is born.

When Moses was well into adulthood (he was actually about 80 years old when God sent him to Pharaoh), he was authorized by God to accompany his brother Aaron to demand that Pharaoh “let my people go.” Pharaoh is not inclined to release his workforce and so, in a round-trip round of negotiations, Moses urges Pharaoh to give in and when he does not, God sends plague after plague against the Egyptian nation.

The first plague is described at the end of Exodus Seven. Here, under God’s instruction, Moses strikes the Nile, and it turns into blood, killing all the fish and sending a foul odor throughout the land. In addition, Aaron extends his staff and all other bodies of water also turn to blood, even the water already collected in containers. (God is nothing, if he is not thorough in making a point.)

Pharaoh continues to resist the Lord’s command, so in Exodus 10 God sends an invasion of locusts that devour every plant that the hail has not destroyed. This was followed by three days of darkness so thick that none of the Egyptians moved for three days (although there was plenty of light in the land of Goshen where the Israelites lived).

The last plague, detailed in Exodus 11 and 12, was the death of every firstborn in Egypt. This event is what is commemorated on Passover. Each Israelite house sacrificed a lamb and put the blood of the lamb on the two doorposts and the lintels of their house so that the Lord would pass over that house. At this last and terrible plague, Pharaoh finally gave in and Moses led the Israelites to freedom. They made their “exodus” from slavery.

This final plague, severe though it was, foreshadowed the death of God’s own Son, who would become the Lamb sacrificed for the sins of the world. Jesus was resurrected, becoming the “firstborn of the dead,” as mentioned in Revelation 1: 5 and Colossians 1:18.

Why did God send plagues from Egypt into an exodus?

The choice of specific plagues is fascinating and speaks directly to the nature of God and his clear message about the danger of idolatry. Everything God does has a purpose and usually a layered message. Besides the harmful nature of each plague, they were also designed to be an affront to the false gods worshiped in Egypt at that time. God showing Pharaoh that He alone is the One True God. Here are the plagues and the corresponding Egyptian god.

The Nile turns to blood: The Egyptian god Hapi was depicted as a water carrier and was known as the god of the Nile.

Frogs: Heket goddess of fertility, was represented with the head of a frog.

Flies: Chepri, the god of creation, was represented as having the head of a fly.

Livestock: Hathor, the goddess of love and protection, was represented with a cow’s head.

Broths: Isis was the goddess of medicine, so God sent unyielding boils to affect the people.

Hail: Nuts, the goddess of heaven, is what inspired God to send hail and fire from above.

Locusts: Seth was the god of storms and disorder. God sent a storm of locusts which destroyed their food supply.

Darkness: Ra is the famous Egyptian sun god whom God darkened for three days while supporting the light in the land of Goshen where the Israelites lived.

Death of the firstborn: Pharaoh established himself to be worshiped as a god, so God came against him with the death of every firstborn in the land, including Pharaoh’s child.

God is God and there is no other. In Exodus 20, God gives Moses the 10 commandments, the first of which is to “have no other god before me”. Exodus 20: 3 In Isaiah 44: 6 ESV, God repeats himself when He underlines: “Thus says the Lord, the King of Israel, and his Redeemer, the Lord of hosts: ‘I am the first and I am the last; besides me, there is no god.

In the Bible, the number ten indicates completion. The Egyptians were “completely” infested. The 10 Commandments were the complete foundation of God’s law for His people once they were delivered from slavery. God is clear that He is our Creator and He designed us to relate to Him, to worship Him alone. He repeats this message throughout the Bible and makes the dangers of idolatry evident. Idolatry deceives us into moving away from the One True God. What could be more dangerous than walking away from life towards death?

Where else can we find examples of plagues in the Bible?

There are other references to plagues in the Bible. When the Israelites complained about manna in the wilderness and agitators made the people thirsty for quails, God sent them quail. They consumed so much that God also sent a plague to them to teach them a lesson in gratitude. This fascinating story is found in Numbers 11. Then in Numbers 16, God sends another plague to attack a rebellion. Again, in Numbers 26, there is a plague associated with the people’s worship of Baal. In 2 Samuel 24, David’s sin is punished by a pestilence or a pestilence that kills 70,000 men.

God seems to send plagues or pestilence to thwart and punish idolatry and persuade the rebels to repent and turn from their ways. As hard as a plague is, God knows it is harder to spend eternity separated from Him, the true source of all light, love, and eternal life. So even though the 10 plagues were directed at Pharaoh, their message still resonates with us.

I remember talking once with a single dad about raising boys in a tough neighborhood. He told me he was very strict about behavioral expectations outside their home because “I need them to be more concerned with what I think than what the gangs think. . They think I’m tough, but I’m tough to keep them from being influenced by people who are dangerous and don’t like them like I do. God’s strictest actions are always motivated by His love and by His holy and righteous nature.

How can the 10 plagues of Egypt prepare us for the events of Revelation?

Plagues make a comeback in the book of Revelation. After the Rapture, when believers are reunited with Christ, God revisits the plagues on the earth, now widely populated by those who refuse to enter into a saving relationship with Jesus. Each plague is intensified and they are intended to persuade rebellious humanity to repent and turn to God.

The plagues that God sends in Revelation will sound familiar: plagues, oceans turned to blood, fresh water turned to blood, heat of the sun intensified, darkness, the drying up of the Euphrates, hail. There is an invasion of locusts unlike any locusts we’ve seen yet – with the power of scorpions to inflict pain on humans.

Revelation 9: 20-21 ESV provides an overview of the purpose of these terrible plagues and the persistence of some people who harden their hearts against God, like Pharaoh, even killing the few people on earth who come to salvation after the Rapture. “The rest of mankind, who were not killed by these plagues, did not repent of the works of his hands nor did they give up worshiping demons and idols of gold and silver and of bronze and stone and wood, who can neither see nor hear nor walk, nor have they repented of their murders or their witchcraft or their sexual immorality or their thefts. God’s purpose, even towards the end of time, is to bring people to repentance.

Plagues and pestilence are hard forces to use to motivate people to give up idolatry and turn to God. Taken out of the context of the story of God’s relentless love and His plan of redemption, they might not give a full picture of God’s character. But consider this. If a parent finds out that a rebellious child is using drugs, they may first use inducements or rewards to persuade them. But if the young person switches to heroin or crack, he may need to take more drastic measures. These drastic measures are not intended to harm their child but rather to deliver them from a grave danger that the child does not recognize. If we are friends with the parent from the start of their child’s life, we understand their actions in the context of love. If we only meet the parent when they take drastic measures to protect their child from heroin, we may not easily see the love motivating actions.

When God employs plagues, his desire is not to harm, but to use drastic measures to deliver those he loves from their addiction to life-threatening sin. It will eventually destroy them, while turning to Him will provide them with eternal life. It is tempting to remove the plagues from the great story because they fuel the imagination. Instead, it is important whenever we teach the plagues that we teach them in the context of God’s plan of love and redemption in which he sends his only begotten Son to become the Paschal Lamb, sacrificed for sins. of the world. If we rely on Jesus for our deliverance, we will not face the plagues when they revisit the earth in the time of Revelation.

Related: Listen to our FREE podcast, The bible never said that, where we unbox some of the most popular “spiritual statements” that have made their way into popular culture and the church, even if they are not theologically sound. All our episodes are available on LifeAudio.com.

Lori Stanley Roeleveld is a blogger, speaker, coach and hobbit disruptor who loves to make Christians feel comfortable late for dinner. She is the author of four heartening and disturbing books, including Running from a Crazy Man and The Art of Hard Conversations. She speaks on www.loriroeleveld.com.